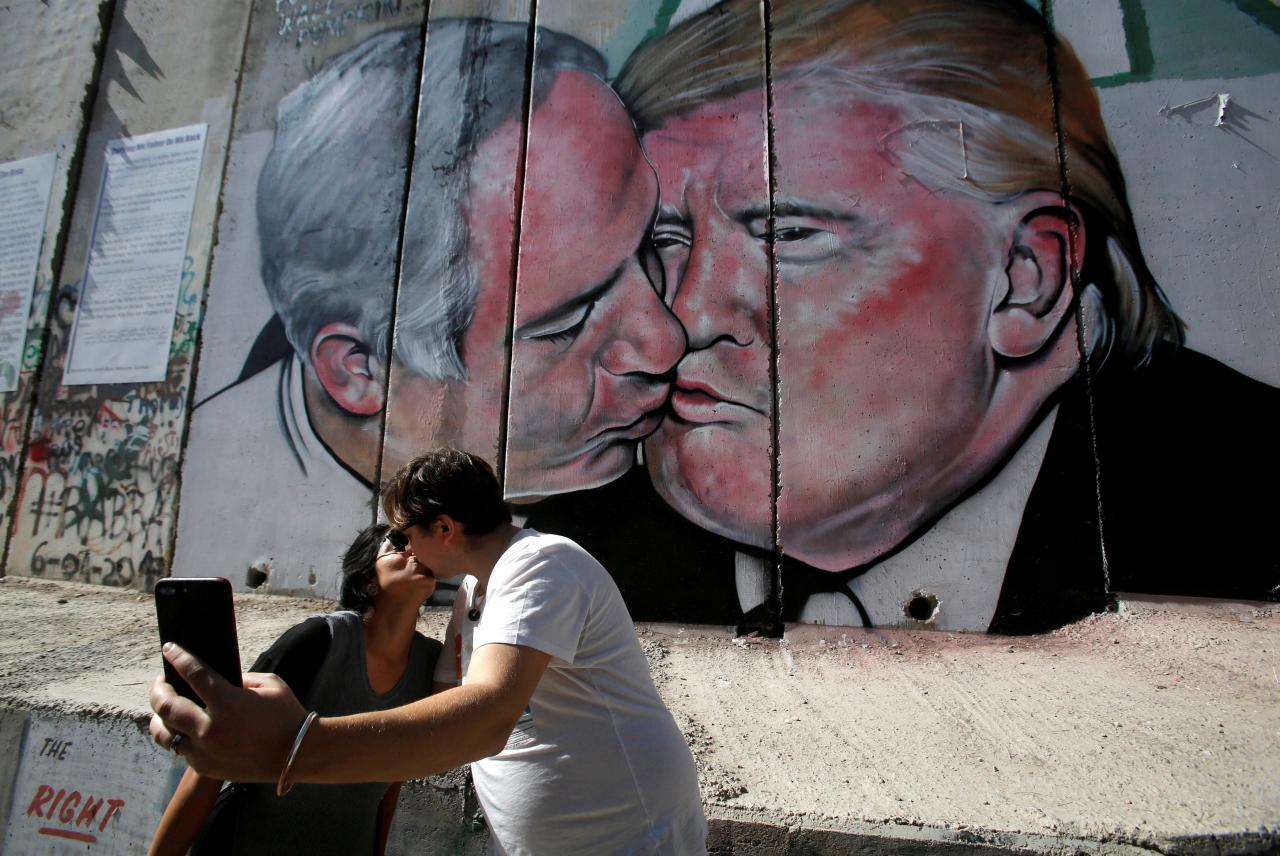 Tourists kiss each other as they stand in front of a mural depicting U.S. President Donald Trump and Israel's Prime Minister Benjamin Netanyahu kissing each other in the West Bank city of Bethlehem October 29, 2017. REUTERS/Mussa Qawasma

The mural has Israeli Prime Minister Benjamin Netanyahu saying ‘Thanks for the wall Trumpy pumpkin’.

BETHLEHEM, West Bank (Reuters) – Another Donald Trump mural believed to be the work of Australian graffiti artist Lushsux has popped up on Israel’s barrier in the occupied West Bank, this time depicting the U.S. president sharing a kiss with Israeli Prime Minister Benjamin Netanyahu.

His face hidden by a headdress, a man who identified himself as Lushsux said against the backdrop of a cement section of the Israeli wall in Bethlehem that he hoped his painting would draw attention to Palestinians stuck in “an indoor prison”.

Read the full article by Max Koslowski at The Huffington Post.