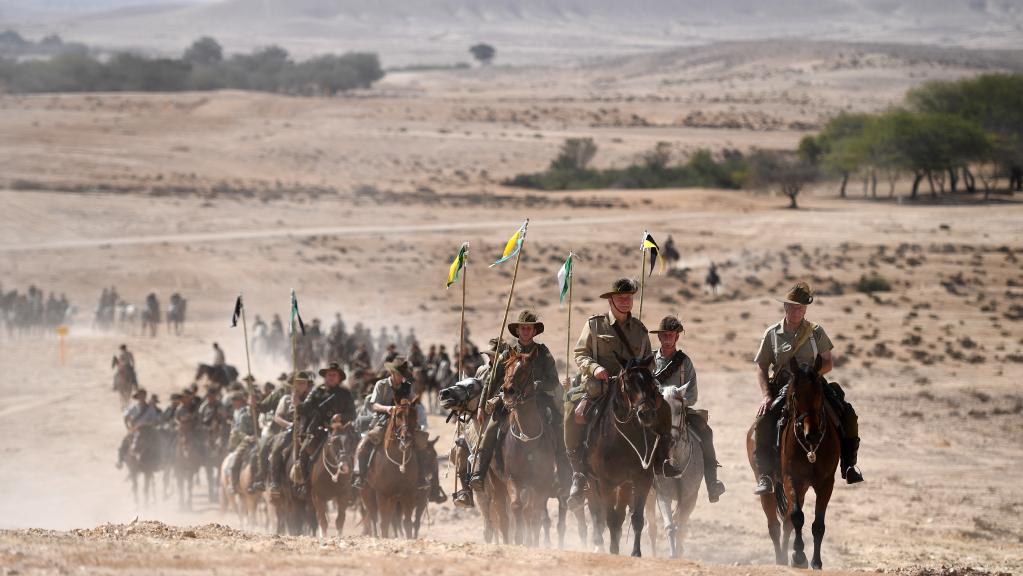 Beersheba centenary: in the heat and dust, a charge is relived

Actor Bryan Brown stands amid the rows of graves at Beersheba and struggles to contemplate the deeds of those Australians around him, some still teenagers, who rode like the wind into the teeth of the enemy 100 years ago today and never came home.

“It was pretty gutsy,” he says dryly. “It’s really hard to get your head around. It’s a long way away from where most of those blokes came from. What were they thinking when they were out here? Was it an adventure, was it terrifying, what was it? Then they just charged, took their bayonets out of their guns and took over this town and a lot of them died. War is strange isn’t It? It is strange what is asked of people in wars.”

Later today (6pm Tuesday AEDT) Malcolm Turnbull will lead a grateful nation in giving thanks to the crazy-brave charge of the 800 Anzac Light Horsemen who stormed across the desert to liberate Beersheba a century ago and turned the tide of war in the Middle East.

Around Bersheeba yesterday, Australian and New Zealand flags lined the streets in salute to the 1350 Australians and 345 New Zealanders who lost their lives in the battle of Beersheba and the Sinai-Palestine campaign.