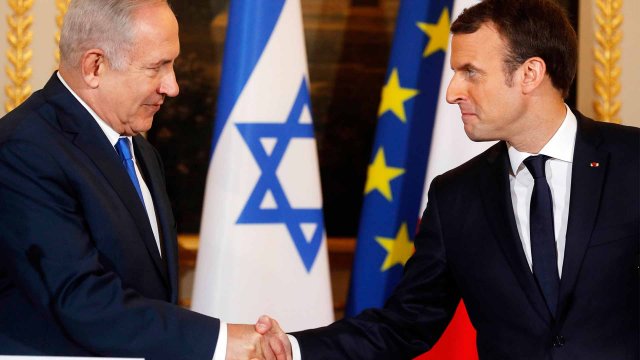 French and Israeli leaders have verbally sparred over the US decision to recognise Jerusalem as Israel’s capital, while new violence rippled across the region following US President Donald Trump’s move.

In Jerusalem, a 24-year-old Palestinian from the West Bank city of Nablus stabbed an Israeli security guard, seriously wounding him in the first attack in the volatile city since Trump’s pronouncement on Wednesday.

In Beirut, scores of Lebanese and Palestinian demonstrators have clashed with security forces outside the heavily guarded US Embassy and Arab foreign ministers meeting in Cairo demanded the US rescind the decision.

Trump’s move upended decades of US policy, and a longstanding international consensus, that the fate of Jerusalem be decided in negotiations. Israeli and Palestinian claims to the city’s eastern sector form the emotional core of their conflict, and Trump’s announcement is being seen as siding with the Israelis, drawing wide international criticism.

Read the full article by AAP at Perth Now.