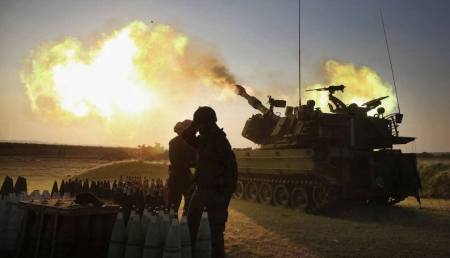 Time for ‘The Australian’ to Withdraw Israeli Tanks

Too often when it comes to Israel, opinion pieces are characterized by throwaway lines and hyperbole. While Graham Richardson‘s views on the Trump Jerusalem declaration in The Australian were nothing to cause alarm, we were nonetheless struck by one particular paragraph:

While the Israeli Air Force has launched airstrikes on Gaza in response to Palestinian rocket attacks, there has been no recorded use of tanks by the IDF during this period of unrest.

Given the fact that trouble in the West Bank has mostly been confined to rioting, Israeli tanks have certainly not been “shelling targets” there for obvious reasons.

Maybe Richardson meant nothing by this but these are the sort of unacceptable inaccuracies that contribute to a distorted impression of reality.

We contacted The Australian pointing out that while Richardson is entitled to his opinions, he is not entitled to make up his own facts.