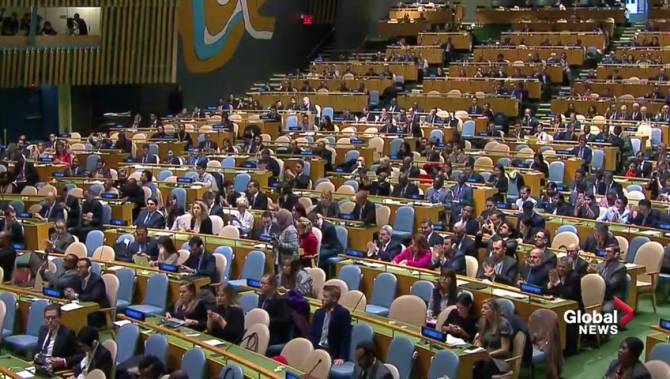 Australia’s decision to abstain on a UN vote calling for the US to drop its recognition of Jerusalem as Israel’s capital has drawn mixed responses from the Israeli and Palestinian authorities in Canberra.

Australia’s decision to abstain from a controversial United Nations vote on a US move to recognise Jerusalem as the capital of Israel was “disappointing”, the Palestinian Authority’s representative in Canberra said.

But the Israeli embassy has welcomed the move, saying the Jewish state “appreciated” the gesture.

SBS News contacted both embassies in the wake of the vote, in which an overwhelming 120 countries opted to urge the United States to reverse Donald Trump’s decision.

Read the report and watch the item on SBS TV News.