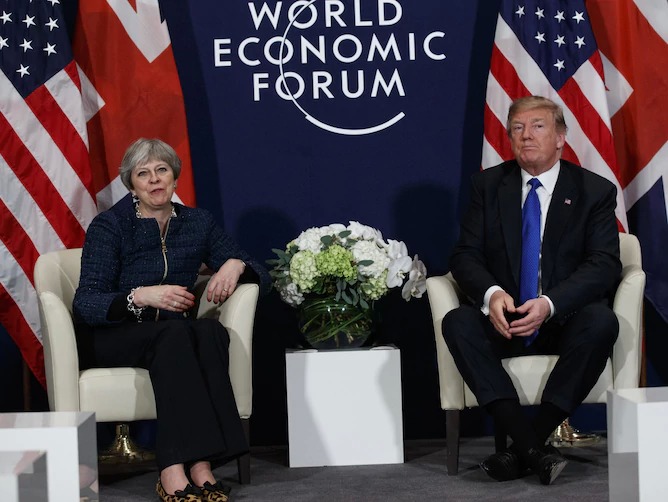 DONALD TRUMP insisted he and Theresa May “like each other a lot” despite falling out when he shared anti-Muslim propaganda on Twitter.

Speaking as he met the British prime minister in Davos, the US President admitted “some people don’t necessarily believe” that the two leaders get on well, reports The Sun.

“We’ve had a great discussion, we’re on the same wavelength in every respect,” Mr Trump said.

And he insisted the two countries are “joined at the hip” in military terms, adding: “There’s nothing that would happen to you [where] we wouldn’t be there to fight for you. You know that.”

Mrs May said the get-together would be friendly and vowed that she will cut a free trade deal with Mr Trump.

She told the BBC: “That relationship between the UK and America is strong as it ever has been.