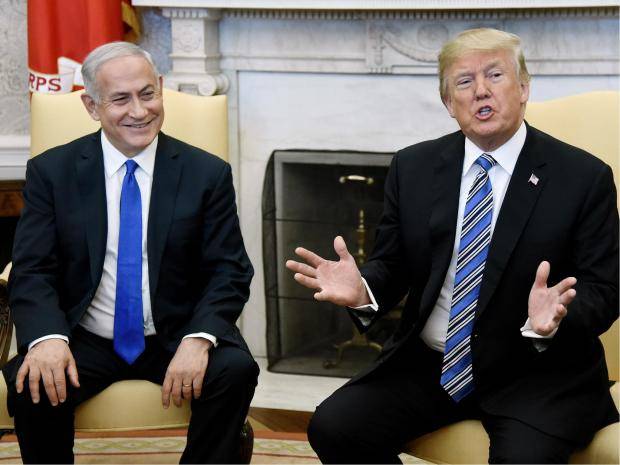 President Donald Trump says he may travel to Tel Aviv when the new US embassy opens as visiting Israeli Prime Minister Benjamin Netanyahu called out Iran.

US President Donald Trump says he may travel to Israel for the opening of the US embassy there as he and Israeli Prime Minister Benjamin Netanyahu presented a united front against Iran in White House talks.

Mr Trump’s decision for the US to recognise Jerusalem as the capital of Israel and move the embassy there from Tel Aviv reversed decades of US policy, aggravated Arab allies and has complicated his administration’s attempt to revive long-stalled Middle East peace talks.

The US leader, with Mr Netanyahu at his side in the Oval Office on Monday, said he was considering making what would be his second visit to Jerusalem as president. The opening of the US embassy is planned for May.

Read the article and watch the news clip at SBS TV.