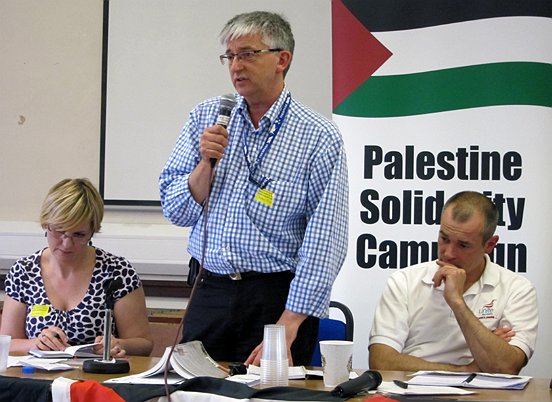 The Shadow of Prison

Many evangelical Christians today are convinced that recent events in the Middle East herald the imminent return of Christ and the establishment of his kingdom on earth – and Israel is central to the whole plan.

These are Christian Zionists, and according to Stephen Sizer they’re misguided — and possibly dangerous.

Read the full synopsis and listen to the program on the Good Friday Breakfast program on ABC RN radio.

[ Editor: This item was drawn to our attention by someone who monitors closely the ABC’s attitude towards issues connected with Israel. She has said:

“I know you all would be busy preparing for the Seder but I must draw your attention to this outrageous special ABC RN Easter Friday Breakfast Show.  The program is dedicated oddly, on Easter and the Eve of Pesach, to airing extremist views of two controversial figures: one against Christianity in general, the other specifically against Christian Zionism and the State of Israel by an well known anti-semitic Anglican who participated at a Holocaust denial conference in Tehran.

What makes it particularly disturbing is that such outrageous views were given voices during sensitive time of Easter for Christian and on Eve of Passover for Jews. It’s also interesting to note that there was no mention at all about the holy Jewish day of Passover.

Where Australia and the ABC are heading is alarming  I don’t think the airing of this program should be allowed to pass without a challenge.

Just recently distinguished Middle-East scholar Daniel Pipes was in Melbourne. The ABC would rather interview a two-bit Jew-hater like Sizer than Pipes who has something worthwhile to say. That says it all.]