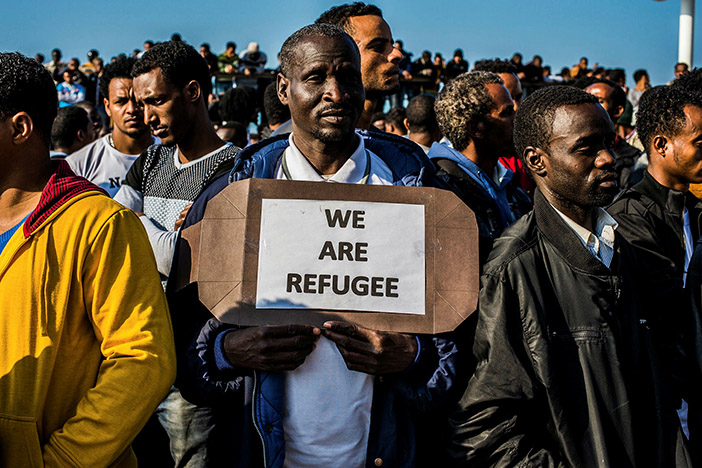 Israel scraps deal with UN on African migrants amid backlash

Israeli Prime Minister Benjamin Netanyahu cancelled an agreement with the UN to resettle African migrants amid pressure from his right-wing base, a day after saying it was suspended.

Israeli Prime Minister Benjamin Netanyahu has announced he is cancelling an agreement with the UN refugee agency on resettling thousands of African migrants after facing mounting pressure from his right-wing base.

Mr Netanyahu had himself announced the agreement in a televised address on Monday afternoon, drawing immediate anger from right-wing politicians, including allies, and many of his traditional supporters.

He said in a late-night Facebook post on Monday he was suspending the agreement that would have allowed thousands of the migrants to remain in Israel at least temporarily.

On Tuesday, he said the deal was being cancelled after having held discussions on it.

“After having heard numerous comments on the agreement, I have examined the pros and cons and have decided to cancel the agreement,” Mr Netanyahu said in a statement.

Read the article and watch the video clip at SBS TV.