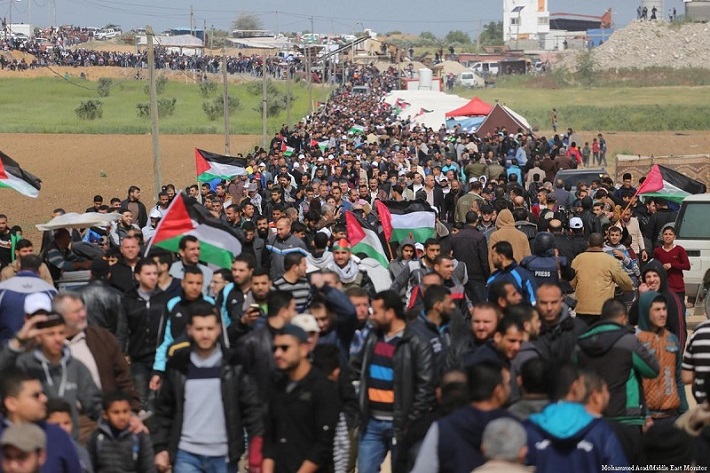 16 people killed at the ‘Great Return March’ in Gaza

ON 30 MARCH, Palestinians from all different political and social spectrum began promoting and engaging in peaceful national and grassroots activities to protest the Israeli occupation.

Various ranges of events and marches in the Gaza Strip and the West Bank have been organised. The “Great Return March“, however, is considered the most important event commencing six weeks of Palestinian protests in the Gaza Strip.

This event also coincides with the day the Palestinians commemorate “Land Day”. Land Day marks the first act of collective disobedience on 30 March 1976, when Palestinians protested an Israeli decision to expropriate 2,000 hectares of land as a part of a plan to “Judaise the Galilee”.

Read the article in Independent Australia.