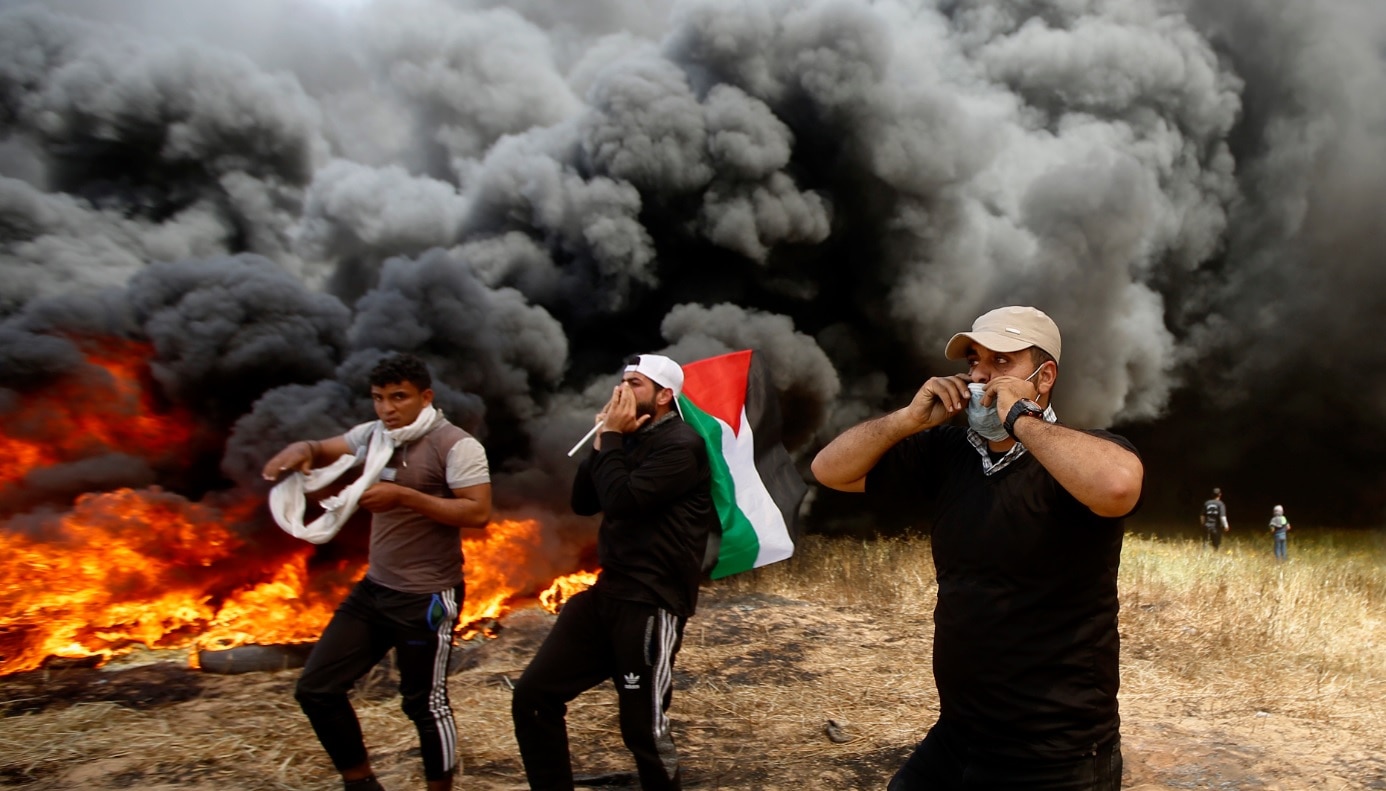 Israeli Defence Minister Avigdor Lieberman said Sunday there were “no innocent people” in the Hamas-run Gaza Strip after 10 days of protests and clashes left 30 Palestinians dead.

“There are no innocent people in the Gaza Strip,” Mr Lieberman told Israel’s public radio.

“Everyone’s connected to Hamas, everyone gets a salary from Hamas, and all the activists trying to challenge us and breach the border are Hamas military wing activists.”

Israel has faced mounting questions over its use of live fire after 10 days of protests and clashes along the Gaza Strip border in which its forces have killed 30 Palestinians, according to Gaza’s health ministry.

Violence spiked again on Friday, when clashes erupted as thousands protested along the border, and nine Palestinians, including a journalist, were killed.

Yasser Murtaja, 30, a cameraman for Palestinian Ain Media, was the 29th Palestinian killed in the week-long protests.

Photos showed Murtaja lying wounded on a stretcher wearing a navy-blue protective vest marked ‘PRESS’ in large black capital letters. Health officials said a live bullet had penetrated the side of his abdomen and he succumbed to his wounds in hospital.

A statement from the Israeli military said: “The IDF (Israel Defence Forces) does not intentionally target journalists. The circumstances in which journalists were allegedly hit by IDF fire are not familiar to the IDF and are being looked into.”