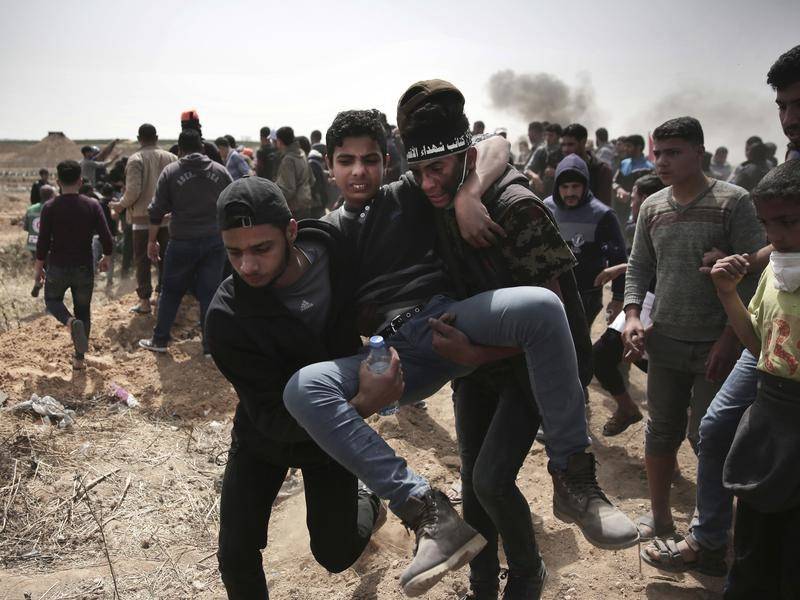 Thousands of Palestinians have staged a mass protest along Gaza’s sealed border with Israel, some burning Israeli flags while Israeli soldiers fired tear gas and live bullets from across the border fence.

At least nine Palestinians were reported wounded so far in what was the third mass rally in two weeks. Since late March, 27 Palestinians have been killed and hundreds wounded by army fire during such rallies.

Israeli forces fired tear gas, rubber-coated steel pellets and live rounds. The military said that demonstrators hurled an explosive device and several fire bombs near the fence in what it said was an apparent attempt to damage it.

Rights groups have branded the Israeli military’s open-fire regulations as unlawful, saying they permit soldiers to use potentially lethal force against unarmed protesters.

Read the report in The Courier (AAP).