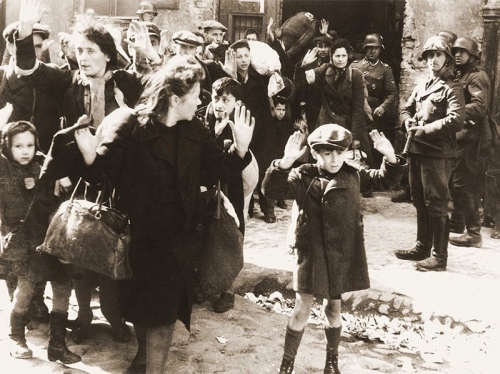 The 19th April marks the 75th anniversary of the Warsaw Ghetto uprising, that larger-than-life battle when a small group of starving, hopelessly under-armed young Jews rose up against 2,000 heavily armed Nazis, remarkably holding them off for 28 days.

The entire Polish army was not even that successful, falling to the Nazis in a comparable amount of time a few years earlier. Immediately after the partisans’ revolt, and to this day, news accounts have dubbed the uprising “miraculous” and it is widely celebrated as the greatest act of Jewish resistance during the Holocaust.

The uprising certainly provides a small salve for the wounds of the Holocaust. Despite the fact that almost all of the ghetto’s defenders died, we are at least slightly soothed by their courage. But often forgotten amid the heroics of the battle against all odds, of the David and Goliath story of the revolt, is that the Warsaw Ghetto was a walled prison, a festering place of despair and loss.

In this place lived a little boy with dark hair, knobby knees and expressive eyes. An ominous black-and-white photograph of him with his hands held up in submission is one of the best-known images from the Holocaust, reproduced on par with Margaret Bourke-White’s iconic photo of the liberation of Buchenwald.

This boy may have lived with his parents and three other families, crowded in a single room. He may have liked running or singing or reading. But we can only conjecture. We know nothing about him except his fate. So many of us have seen the photo of this little boy and are haunted by his image. We don’t know his name, if he had siblings, what games he liked to play. Nor do many people know that a Nazi took that image of him – with his hands held up in surrender – inside the Warsaw Ghetto.

Read the essay by Samantha Baskind in Sight Magazine.