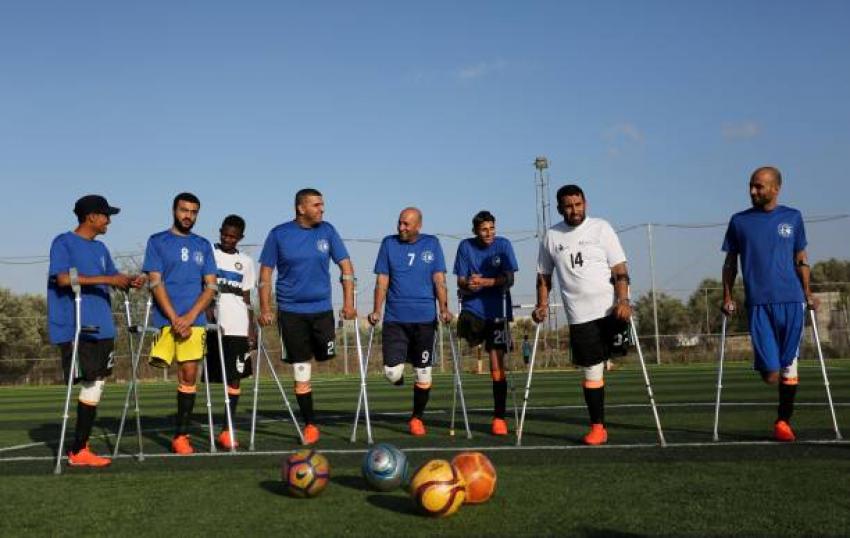 A group of young Palestinians in Gaza has founded “The Crutches”: the first football (soccer) team for amputees injured during the last three Israeli attacks on the besieged territory.

During the first weekly protests at the Gaza-Israel border, which began in March, at least 17 Palestinians lost their legs after being shot by the Israeli military, which deliberately aimed at demonstrators’ lower limbs and knees.

Even though some of the wounds could have been treated, the poor state of available medical care in Gaza did not allow for the limbs to be saved.

“The deployment of snipers, careful planning and significant number of injuries to the lower limbs does reflect an apparent policy to target limbs,” Omar Shakir, the Israel-Palestine director of Human Rights Watch in New York, told the Chicago Tribune.