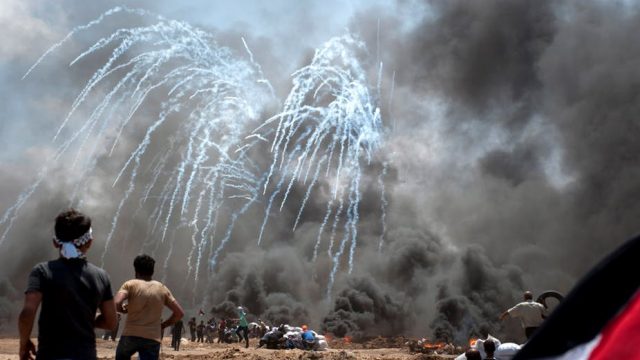 The Turnbull government has privately expressed concerns to Israeli diplomats over Israeli soldiers’ use of lethal force to quell protests in Gaza, despite publicly voting against a United Nations investigation into the killing of more than 100 Palestinians in the past seven weeks.

The Australian Financial Review understands Australian officials spoke to Israeli counterparts in Canberra on Thursday over the violence and urged that incidents involving its military personnel be thoroughly investigated.

With Labor demanding the government explain why it joined with the United States as the only countries to oppose the UN Human Rights Council investigation, Foreign Minister Julie Bishop said the resolution was not impartial and ignored that terrorist group Hamas had instigated the protests.

The Human Rights Council convened in Geneva on Friday for an urgent meeting, with 29 members voting to establish an “independent international commission of inquiry”, setting a deadline of March next year for its report. Fourteen members abstained, including Britain, Japan and Germany.