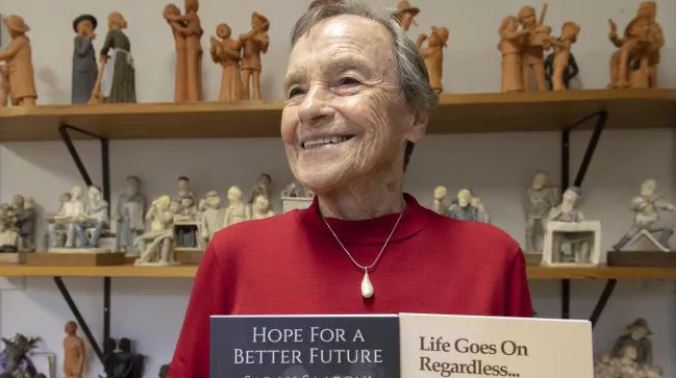 IT was only one small footstep but had Polish holocaust survivor Sarah Saaroni taken it then her and her entire family’s life would have been altered forever.

Sarah was only 16 when she was captured by the Gestapo in Germany.

She had been in jail for a month before word came that she was to be moved by train to an extermination camp in Lublin, Poland.

To this day, Sarah has no words to describe how she felt at that moment.

Her only “crime” in the eyes of the Nazis was she was Jewish.

Although Sarah was alone separated from family and friends she still had the will to survive.

In Krakow, surrounded by police with dogs, and their rifles pointed, Sarah took her opportunity to escape while being marched to another train.

“I was walking, lost in my thoughts, detached in a world of my own, unaware of my surroundings when suddenly someone shouted ‘halt’,” she recalled.

“I realised because I was lagging behind (the other prisoners) that I had finished up one step behind the policeman.

“Another step would have made all the difference.

Read the article by Paul Shapiro in the Herald-Sun.