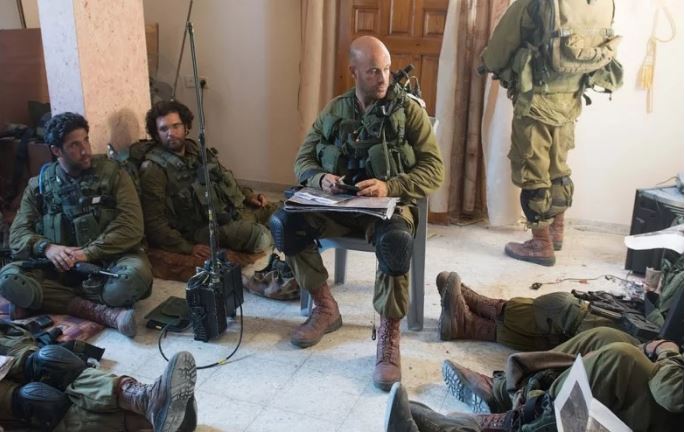 Meet the group that defends Israel by condemning it

An organisation of Israeli Defence Force veterans is attempting to bring to light the reality of life in occupied Palestine. But they are far from anti-Zionists.

The number of protesters on the Gaza-Israel border killed by Israeli soldiers rises each day, recently claiming an infant and a young paramedic. Listening to certain spokespeople in Australia, one is left with the impression that it’s all the fault of others — Hamas, the protesters themselves, the ABC or even The Australian.

This brings me to a community event at the Paddington Town Hall, Sydney, on the evening of  June 6 organised by a group calling itself the New Israel Foundation. From that title, I’d normally imagine such an event to be devoted to unconditional support for Israel, with speakers repeating the rhetorical themes I have come to expect from many of my Australian-Pakistani elders: “we are an island of peace surrounded by an enemy many times our size”.

Speaking at the event was Avner Gvaryahu, a special forces soldier from the Israeli Defence Force. Surely this guy will be a hawk, sounding off like Jim Molan or Andrew Hastie. But Gvaryahu said his work with the group Breaking The Silence was about standing up for Israel by opposing the military occupation of Palestinian territories. He said the IDF’s “brutal use of violence, misuse of weapons and beating up Palestinians” was a daily experience for Palestinians, confirmed through the testimonies of IDF soldiers and officers. “You can’t have an occupation without violence. You have to use violence when controlling a people who don’t want to be controlled.”

Gvaryahu spoke of the “straw widow” strategy whereby solders would take over a private Palestinian home and use it as a military post. Virtually always the Palestinian family whose home was overtaken had no involvement in any protest activity.

Gvaryahu is pilloried both inside Israel and by Israel’s supporters outside. He has been called a traitor and has frequently found himself attacked by those who feel he is not patriotic enough. But he soldiers on, even if his audience (including myself) found what he had to say uncomfortable. When asked why he didn’t go with the Israeli majority that elected governments enforcing these policies, time after time, he said, “Well, the Palestinians whose houses and lands we occupied didn’t get to vote for these governments. The Occupation isn’t just an Israeli issue. Our decisions are affecting millions of other people. Plus I used to walk around the streets of Nablus and Jenin holding an M16 that had the words ‘Property of the US Government’ on it.”

Another speaker at the event was Pulitzer Prize-winning Australian author and former Wall Street Journal reporter Geraldine Brooks, who noted her disappointment that many of her Jewish friends did not wish to attend the event as they “couldn’t bear to hear the discussion”. She said that “even though breaking the silence isn’t currently in the mainstream of Israeli opinion, it is definitely in the mainstream of the Jewish tradition … of having an argument for the sake of heaven”.

Brooks shared a story from September 1987 when she was about to be sent to be the WSJ’s Middle East correspondent. She was told by a Reagan adviser that she wouldn’t need to spend much time in Israel/Palestine as “all the Palestinian kids just want to get educated and make lots of money”. Indeed they may do, which could explain why they are the most educated group in the Arab world. But as Brooks soon found out with the eruption of the Intifadeh that year, Palestinians also worry about other things.

So why does Brooks think such issues are harder to debate in Australia than Israel? “Look, I get this. Antisemitism is real and rising. I see defamation of Israel all the time, especially in Europe. But that’s not what this is. This is a discussion from a place of love, from wanting Israel to survive … There’s more than one way to love Israel.”

Indeed, patriotism need not be the final refuge of the scoundrel. ​

Subscribe to Crikey or donate to ensure Jmedia can continue to bring you the news from paid subscription services like Crikey.