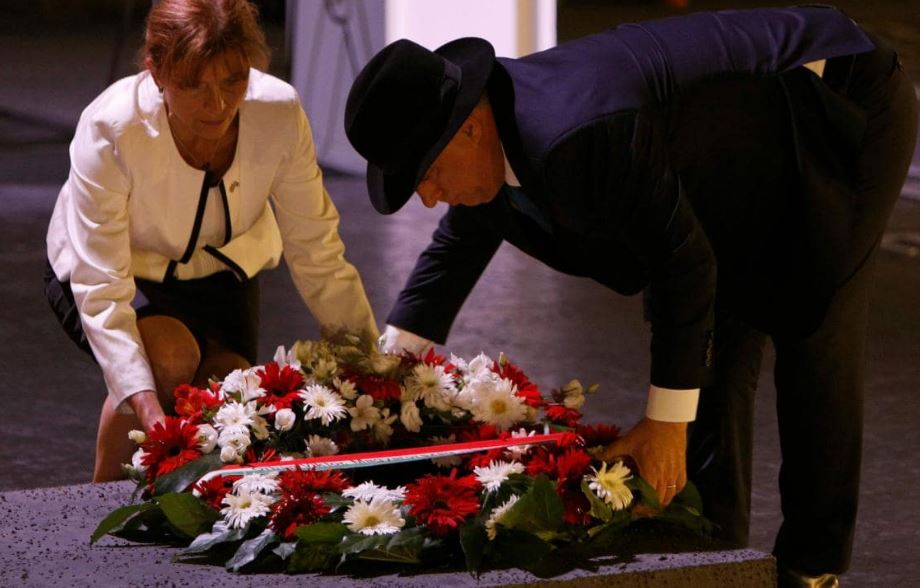 Supporters of law passed by the Knesset defining Israel as a Jewish state say it is necessary to codify the reason for the founding of the country 70 years ago as a homeland for Jews.

Critics, including the opposition Labour Party, say it will strain relations between the Jewish majority and minority populations. More than a fifth of Israel’s nine million people aren’t Jewish.

The legislation, approved on Thursday after hours of heated debate in the Knesset, declares Israel “the national home of the Jewish people” and says only Jews have “the right to exercise national self-determination”. It also downgrades Arabic from an official language to a “special one.”

The Knesset passed the law by a vote of 62-55, after some of its most controversial elements — including one that called on the Supreme Court to look to Jewish tradition in cases without legal precedent — were modified or removed. Such legislation has been considered off and on for decades.

Despite the furore over the bill, Yohanan Plesner, president of the Israel Democracy Institute, a think tank in Tel Aviv, said the law’s broad language meant it was unlikely to lead to any immediate practical changes.

“So far it has mainly a symbolic effect,” said Mr Plesner. Still, it could “drive a wedge between the state of Israel and it’s non-Jewish citizens.”

Members of the Joint List, a political union of Arab parties called on the government to focus on strengthening Israel’s democracy rather than focus on its Jewish character.

Days before the law was passed, a clause that effectively legalised the founding of Jewish-only communities was altered to say Israel “views the development of Jewish settlement as a national value and will act to encourage and promote its establishment and consolidation.”

Since Israel’s founding, members of the Arab minority have complained of being treated as second-class citizens. Israeli officials say all citizens are treated equally under Israeli law.

Mr Netanyahu has sought to consolidate his support as he ­battles corruption allegations.

The American Jewish Committee, a group that represents the Jewish diaspora, was “deeply disappointed” by the new law. The group said the demotion of Arabic as a language and the clause regarding Jewish settlement “put at risk the commitment of Israel’s founders to build a country that is both Jewish and democratic.”

Israel does not have a con­stitution. Its Declaration of ­Independence written in 1948 defined Israel as both Jewish and democratic.

Avi Dichter, the Likud MP who drafted the law, said during the debate that its critics were spreading “fake news”.

A spokeswoman for the EU’s foreign affairs chief, Federica Mog­herini, said the law complicated the path to a two-state solution — which would see the birth of an independent Palestinian state in the West Bank and Gaza.

[Editor: The article from the original is provided in full here to highlight the extraordinary juxtaposition of a penitent Viktor Orban next to a package of words that never mentions the Hungarian Prime Minister.]