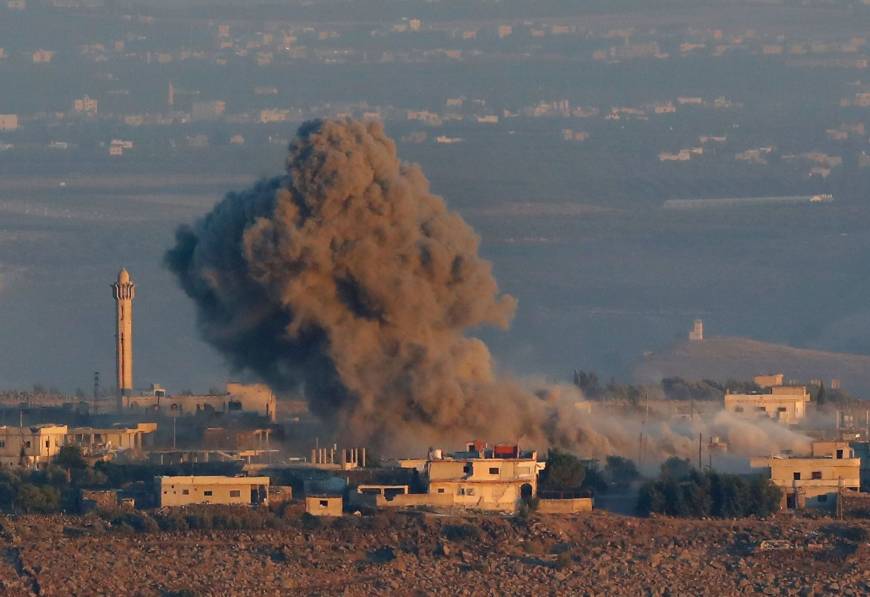 The Syrian regime of Bashar al-Assad has regained control of the frontier with the ­Israeli-­occupied Golan Heights for the first time in seven years, after ­Islamic State-linked militants gave up their last pocket of territory in the area.

The breakthrough against the militants on Monday, reported yesterday by state media and an opposition-linked war monitoring group, capped a six-week campaign to retake the southwestern corner of the country.

Rebels captured the area along the Golan Heights after a popular uprising broke out against Assad in 2011. An Islamic State-linked outfit known as the Khaled bin Al-Waleed Army later seized the area from the opposition fighters.

The Britain-based Syrian Observatory for Human Rights said the militants surrendered control of the Yarmouk Basin in southwestern Syria on Monday.

The observatory said an estimated 1200 Islamic State-linked fighters agreed to give up pockets near the Golan Heights on Monday. Their fate was unknown.