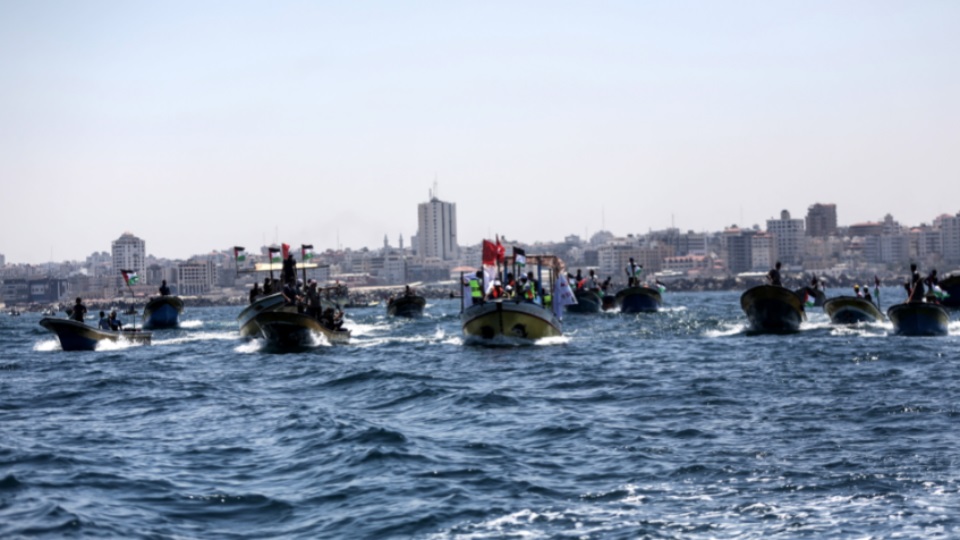 An armada of Palestinian fishing boats that sailed from Gaza to challenge an Israeli naval blockade has drawn warning shots from the Israeli navy, the fleet’s organisers say.

About 20 fishing boats set sail from Gaza City on Saturday toward the maritime border with Israel. The Gaza Health Ministry said there were no casualties.

An Israeli military spokeswoman said the navy gave the boats verbal warnings before firing into the air.

Palestinian witnesses said some of those on board set tyres alight and set them afloat toward the maritime border before they were confronted by four Israeli naval vessels.

Israel says its naval blockade of Gaza is intended to prevent weapons from reaching militant groups, including Hamas, the Islamist movement that controls the Palestinian enclave. Israel and the West designate Hamas as a terrorist organisation.

Read the report in The New Daily.