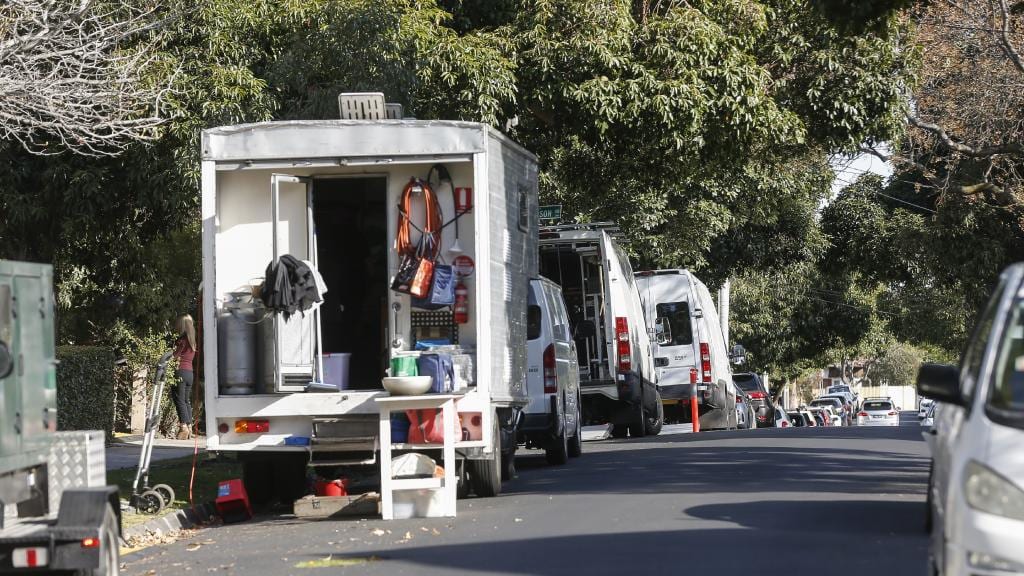 A MOVE by Channel 10 to take over a Caulfield North street for filming during the holiest day of the Jewish calendar has been slammed as “multicultural micro-aggression”.

Karen Kacser, who lives on Labassa Grove, said the street was lined with trucks, including catering vans and portaloos, while a heritage home was used as the set of new comedy series Mr Black starring Stephen Curry.

There are synagogues at either end of the street, which Ms Kacser said were home to a large number of Jewish residents.

“It’s multicultural microaggression — everyone is PC and everyone is very sensitive to everyone else’s feelings but not when it comes to Jewish people, we always get the last consideration,” she said.

“I swear to you, if we were Muslims, I don’t think anybody would do this on Ramadan. They wouldn’t dream of doing it.

“It’s a terrible thing that they’ve done to us and I’m really offended.”

Read the full article by Jordy Atkinson in The Caulfield Glen Eira Leader at The Herald Sun (subscription only).