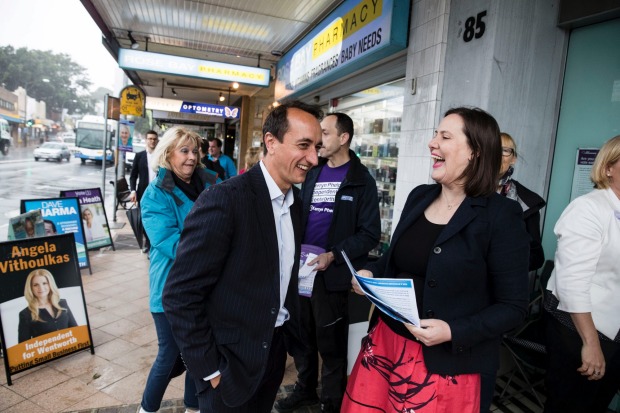 The evidence is in: Last week’s messy sitting of Parliament cost Dave Sharma in Wentworth

A shocking week in Parliament has cost Scott Morrison dearly when he cannot afford any mistakes.

The counting in Wentworth suggests the Liberal Party candidate did much better early in the campaign, in pre-poll and postal ballots, compared to the votes cast on polling day.

The difference appears to be more than 10 per cent on a two-party basis, although it is hard to put an exact figure on the slide as the campaign wore on, given that postal votes usually favour the Liberals.

The government should have blitzed the final week of the campaign with the release of strong employment figures, the passage of laws to accelerate small business tax cuts, a vote to seal the Trans Pacific Partnership trade deal and a deal with the states on the GST.

This was a strong week for the government’s economic narrative.

All this was undermined by five problems of the government’s own making.

There was the damaging debate over gay rights after the leak of a report into religious freedom, the foolish vote that it is ‘OK to be white’, the embarrassing remarks by Environment Minister Melissa Price to a Pacific Island leader, the madcap chatter about the Nationals’ leadership and the divisive policy shift on Israel and the Iran nuclear deal.

Some of these only had a small impact but the overall effect was to overshadow the economic message, still Morrison’s strong suit.

One campaigner says the leak of the religious freedom report was one of the two issues that did the most damage. This was something largely outside the government’s control.

Read the article by David Crowe in The Sydney Morning Herald.