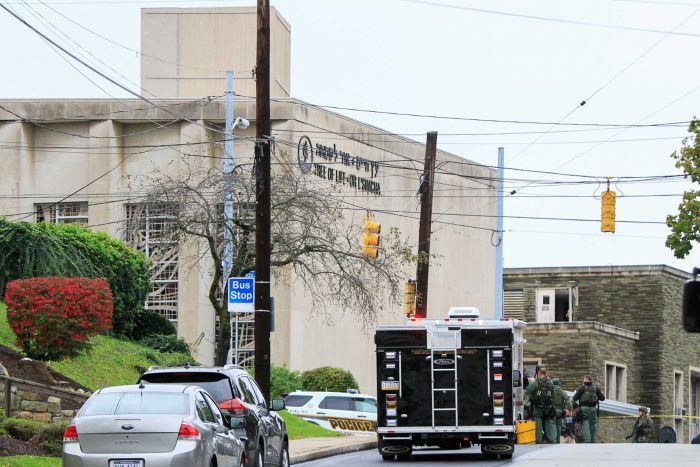 Prosecutors have charged a man with hate crimes that carry a possible death sentence over the killing of 11 people in a mass shooting at a synagogue in Pittsburgh over the weekend.

There has been widespread praise for the police officers who arrested the alleged killer.

Three of those officers were also shot.

Listen to the report on ABC AM radio.