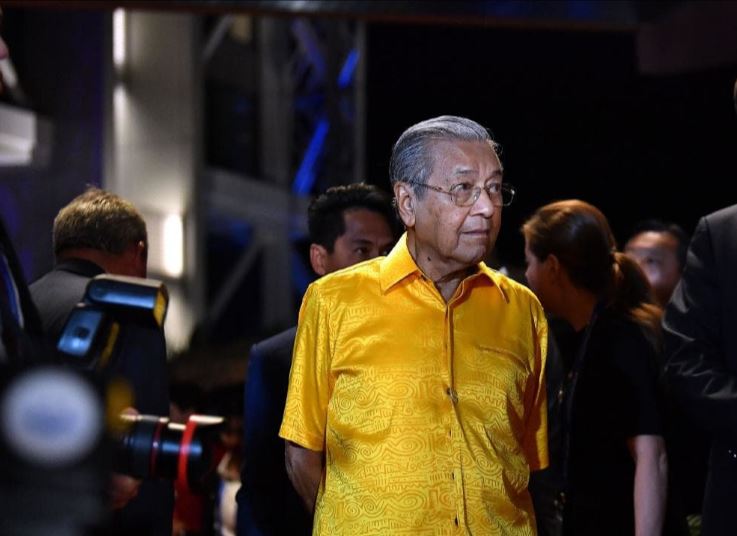 A war of words has intensified between Malaysian Prime Minister Mahathir Mohamad and Josh Frydenberg, with the 93-year-old Dr Mahathir saying he should be able to criticise Jewish people “when they do something wrong” and defending as “fair comment” his warning that shifting Australia’s Israeli embassy to Jerusalem could encourage terrorism.

Hitting back at the Treasurer, who branded the Malaysian leader “anti-Semitic”, Dr Mahathir said his past comments about Jewish people were a matter of free speech. “People accept that some people, when they do something that is wrong, they need to be criticised and they need to be pointed out that what they do is wrong,” he told The Australian on the sidelines of the APEC summit in Port Moresby.

“But you can’t say anything you want about the Jewish people. Why are they so privileged? They do a lot of wrong things … You call me anti-Semitic. I am also called a dictator. I’m called all kinds of names, but it doesn’t matter.

“I have a right to speak. To say that I can talk about anything else except criticise the Jews is something quite unfair. We are talking about free speech.”

The attack was prompted by Dr Mahathir’s warning that following the lead of the US to establish an embassy in Jerusalem could spark terror incidents.

“Australia will make its own decisions based on its national interest,” Mr Frydenberg told the ABC.

Read the article by Ben Packham and Rosie Lewis in The Australian.