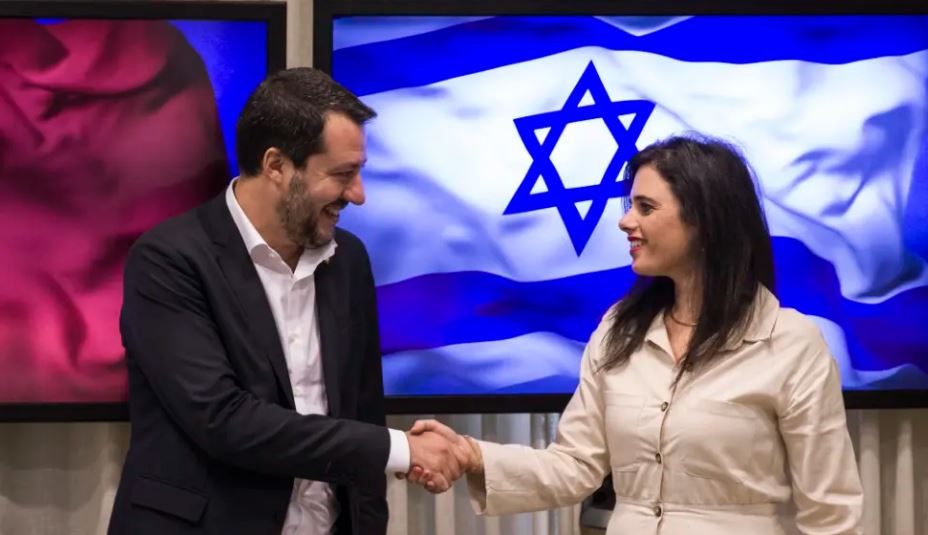 Israel strengthens its ties with the West’s far right

Washington: There was a time when politicians like Italy’s Matteo Salvini would have been shunned in Israel. But that time is not now.

Salvini, the Italian interior minister and leader of the League – a far-right, ultranationalist party that’s in a coalition government in Rome – arrived in the Jewish state on Tuesday for a two-day visit. His trip, which includes a Wednesday sit-down with Israeli Prime Minister Benjamin Netanyahu and a stop at the Yad Vashem Holocaust memorial, reflects a broader shift in global politics.

Under Netanyahu’s watch, Israel has amassed a conspicuous crop of illiberal allies. Some, like Salvini and Hungarian Prime Minister Viktor Orban, represent political movements with histories of neofascism and anti-Semitism.

Others, like Philippine President Rodrigo Duterte and Brazilian President-elect Jair Bolsonaro, espouse the agenda and rhetoric of would-be strongmen, promising the destruction of their enemies while scoffing at pearl-clutching human rights activists. (Both, for what it’s worth, seem intent on moving their nations’ embassies in Israel to Jerusalem.)

They all seem united in their apparent support for Netanyahu’s government, one that is constantly battling against international isolation in the face of its ongoing occupation of the Palestinian territories.

In recent years, as the governing coalition under Netanyahu drifted further and further to the right, the once-unquestioned bipartisan support for Israel in Washington has started to crack. Members of Netanyahu’s cabinet expressed public concern about growing numbers of American Jews, particularly among the younger generation, turning their backs on Israel.

Read the article by  Ishaan Tharoor in The Sydney Morning Herald (from The Washington Post).