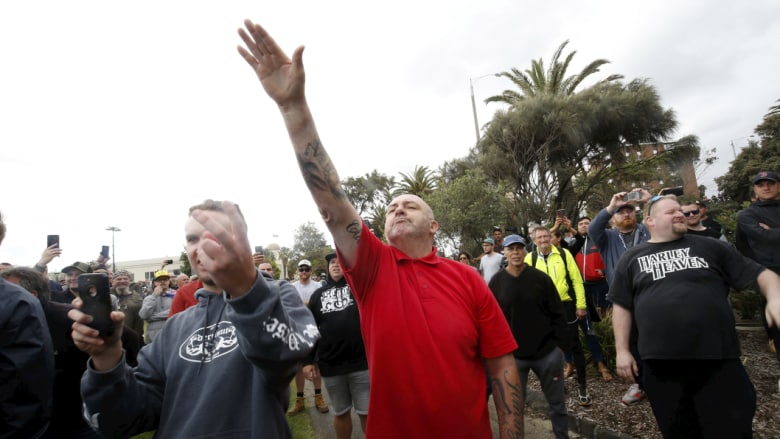 We live in troubling times. Australians have to come to terms with the fact that the genie of bigotry and xenophobia is out of the bottle, and that there is no silver bullet to put it back in.

This societal menace is unmistakably creeping into our discourse, becoming a constant in our daily lives as past inhibitions are crumbling.

And this poisonous behaviour and once-taboo rhetoric, that singles out for slander and bullying anyone whose skin is darker, whose faith is not Christian and who is different, will only increase if left unchallenged.

I was shocked, though not entirely surprised, to see marchers in St Kilda give the Heil Hitler saluteand brandish a helmet with an SS symbol.

At its core, the far-right, also known as the alt-right, is a network of individuals and groups that are fixated on white identity, power and nationalism, borrowing heavily from anti-Semitism.

Woven from various strains of white supremacy, they are determined to insert themselves into the national conversation and to bring their propaganda – preserving a white-majority, protecting Western culture and civilisation, the evils of immigration, the threat of Islam, opposition to multiculturalism, disgust with feminism, homophobia, fearmongering about “black crime” – into the mainstream.

Weeds that spring from the same toxic soil.

No wonder that the media savvy Blair Cottrell, who wanted a picture of Hitler in every Australian classroom, has been interviewed on television and has a loud presence online.

Read the article by Dvir Abramovich in The Age.