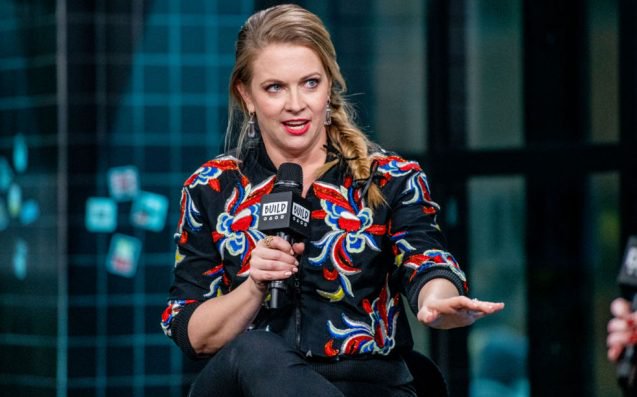 The OG Sabrina Spellman, Melissa Joan Hart has denied making anti-semitic comments after being slammed by fans for her appearance in a religious podcast.

The 42-year-old discussed her faith with former The View co-host Paula Faris on her podcast, Journeys of Faith with Paula Faris. She addressed her decision to move her son from a Christian preschool to a traditional school.

She adds that her son befriended a Jewish boy at school and asked his mom how his new pal would get to heaven.

“He really took the Jesus part to heart,” she said. “When a mum [of the child] called me with a problem in sixth grade I was like well, ‘Do I regret telling my son that we don’t know if people believe in Jesus, so we don’t know their character?’” Hart asked. “‘Is that a wrong thing to say? Did I set my son on the wrong path or was that the right thing to say and I should defend that?’”

Hart said she had some “heated” discussions with the Jewish boy’s mother after their children reached sixth grade: “Some problems came out of that,” she said.

The backlash to Hart’s comment was swift and heavy, with many of her fans accusing her of being anti-Semitic.

Read the article by Matt Galea on PEDESTRIAN.TV.