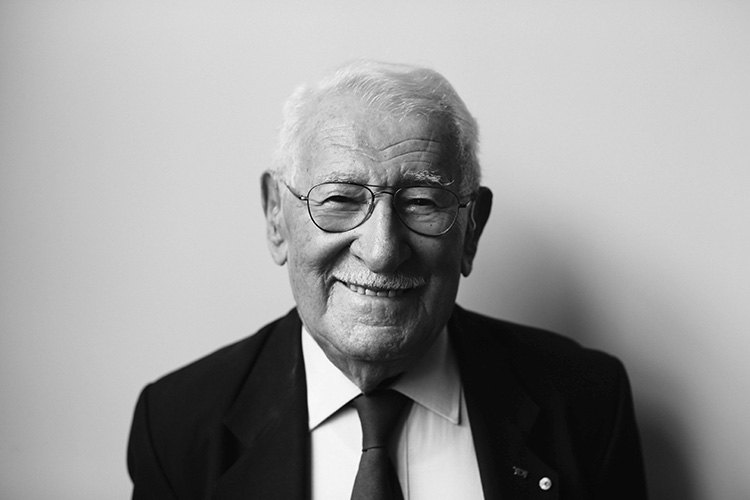 “I cannot and will not forgive or forget.” The life lesson from Holocaust survivor, Eddie Jaku

Eddie Jaku, now 98 years old, can recall the moment more than 75 years ago, when he came face to face with a man named Josef Mengele.

Known to history as The Angel of Death, it was Mengele’s finger that determined the fate of hundreds of thousands of Jewish men and women – including Eddie’s.

Standing beside his 52-year-old father, Mengele pointed Eddie to one side, and his father to another.

But Eddie paid no attention. He followed his father, with his head down, hoping no one would notice him. A Nazi guard, however, did.

Realising what Eddie had done, the guard said, “Your father goes by truck. You walk into the camp.”

So, Eddie turned around, and walked into Auschwitz concentration camp, a site where more than 1.1 million people were murdered.

He would never see his father again.

Living in Sydney, 73 years since World War Two ended, there are two places Eddie will never return to.

The first is Germany, where the Nazi party rose to prominence, and systematically perpetrated an act of genocide which resulted in the death of more than six million European Jews.

The second is Poland, where his mother and father were murdered one night inside a gas chamber.

“I cannot and will not forgive or forget,” Eddie told Mia Freedman on Mamamia’sNo Filter podcast