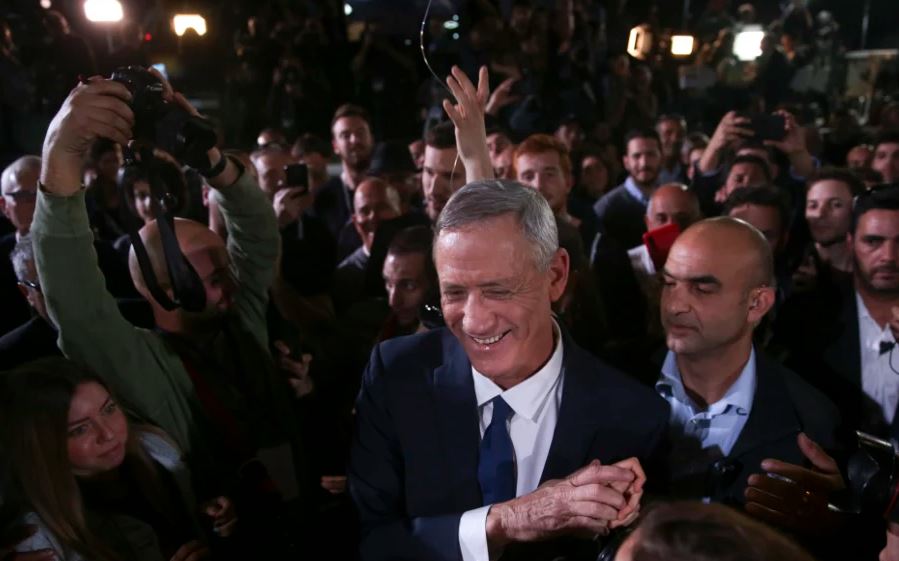 Ramallah: The Palestinian Authority has given a cautious welcome to comments by Israeli Prime Minister Benjamin Netanyahu’s toughest election rival, a former general, who said Israel should not maintain its dominion over others.

With a general election and the overdue unveiling of a US peace initiative on the horizon, centrist candidate Benny Gantz has been signalling an openness to territorial compromise in the occupied West Bank. That marks a contrast with the right-wing Netanyahu, who has ruled out withdrawing settlements.

The secret US proposal for breaking a five-year diplomatic deadlock is widely expected to be unveiled after Israel’s April 9 ballot. Pollsters see Netanyahu’s conservative Likud party winning about 30 of Parliament’s 120 seats, setting him up for a fifth term.

In an interview on Wednesday with Israel’s Yedioth Ahronoth newspaper, Gantz was asked about prospects for accommodation with the Palestinians, who seek a state in the West Bank and Gaza Strip, with East Jerusalem as its capital.

“We need to find a way not to have dominion over other people,” Gantz said.

Gantz, whose new Resilience party is gaining ground against Netanyahu’s Likud with as many as 24 projected seats, has said he wanted to strengthen settlement blocs in the West Bank.

But he has not mentioned what might happen in any future peace deal to isolated settlements that are not incorporated into Israel if Palestinians are given a separate state.

Read the article by Stephen Farrell and Dan Williams in The Sydney Morning Herald.