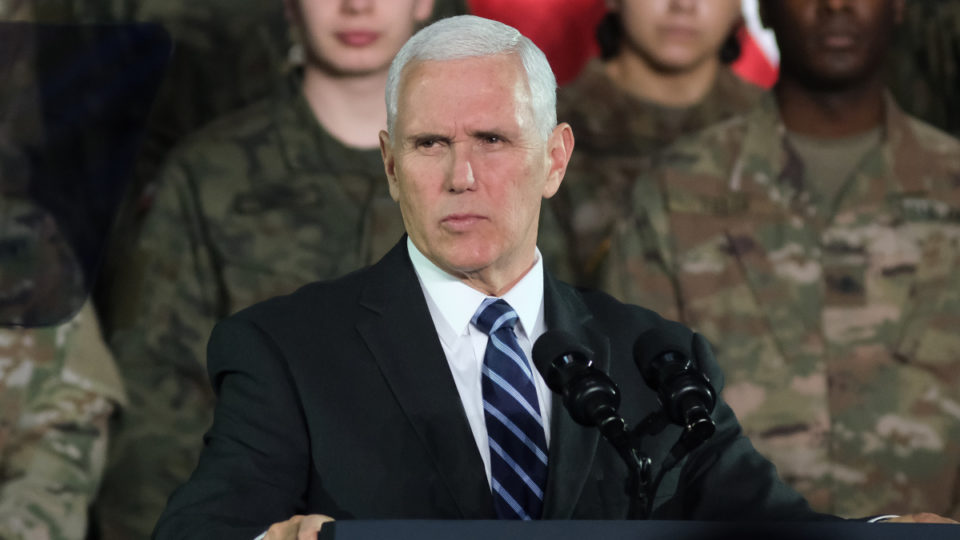 US Vice President Mike Pence has accused leading European countries of trying to break US sanctions against Tehran in remarks at a Middle East peace summit that are likely to further strain transatlantic relations.

Mr Pence spoke at the conference in Warsaw attended by 60 countries, including Israel and six Gulf Arab states, but not the Palestinians or Iran.

European powers, who oppose the Trump administration’s decision to pull out of a nuclear deal with Iran, were openly sceptical of a conference excluding Tehran.

“Sadly, some of our leading European partners have not been nearly as co-operative,” Mr Pence said on Friday (Thursday local time).

“In fact, they have led the effort to create mechanisms to break up our sanctions.”

Mr Trump last year pulled the US out of the 2015 Iran deal, under which Tehran agreed to curbs on its nuclear program in return for the lifting of sanctions.

European countries say the move was a mistake and have promised to try to salvage the deal as long as Iran continues to abide by it. In practice, European companies have accepted new US sanctions on Iran and abandoned plans to invest there.

Mr Pence said a European scheme to trade with Iran, known as the Special Purpose Vehicle, was “an effort to break American sanctions against Iran’s murderous revolutionary regime”.

Read the article by Lesley Wroughton and Alan Charlish in The New Daily.