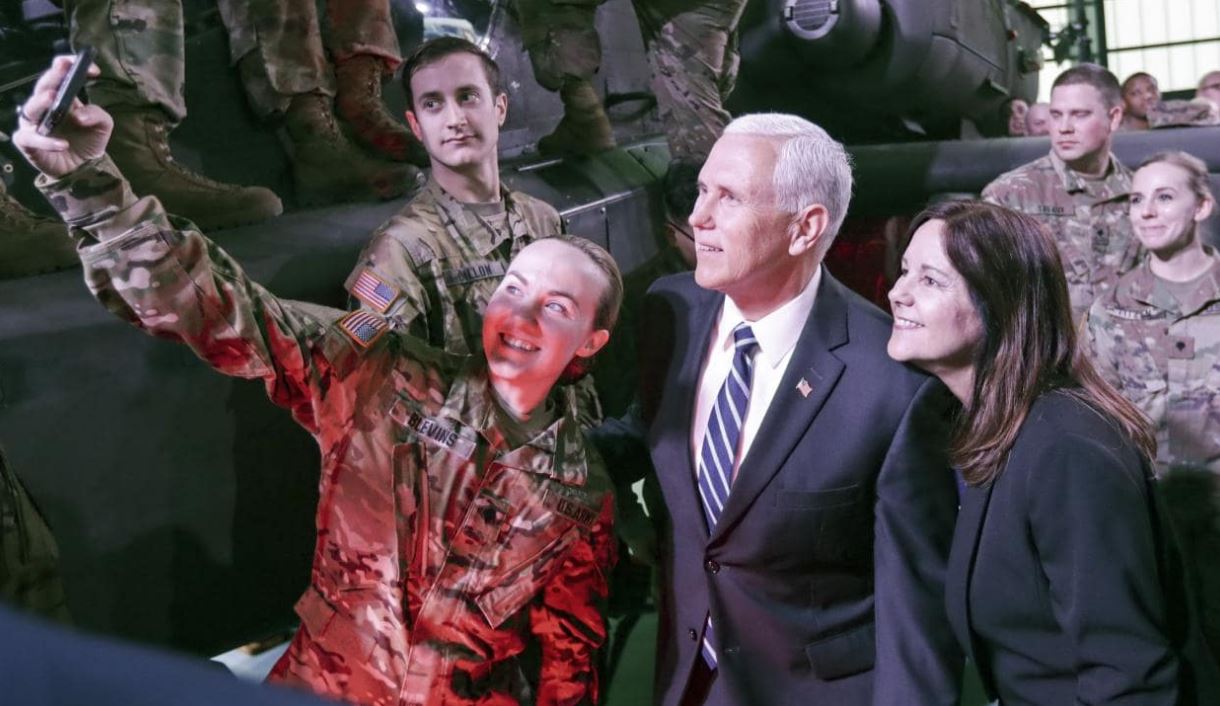 US Vice-President Mike Pence lashed out at Washington’s European allies for helping what he called a “murderous” Iran escape US sanctions, warning at a global conference in Warsaw that their actions would exacerbate a divide between Europe and Washington.

“The Iranian regime openly advocates another Holocaust and it seeks the means to achieve it,” Mr Pence said, in a speech delivered in a country where occupying Nazi forces housed the Auschwitz extermination camp during World War II.

Mr Pence’s message came as a surprise to European countries that had been reassured by US officials that the two-day conference on peace in the Middle East wasn’t solely an effort to build a coalition against Iran, a Western diplomat said.

“At the outset of this historic conference, leaders from across the region agreed that the greatest threat to peace and security in the Middle East is the Islamic Republic of Iran,” Mr Pence said. “Countries across the globe are working to cut Iranian oil imports this year. Sadly, some of our leading European partners have not been nearly as co-operative.”

Mr Pence took particular aim at France, Germany and Britain, which together defied threats from Washington late last month to set up a special-payments company to in effect circumvent US sanctions on Iran and open an avenue for trade between Europe and Iran.

“They call this scheme a special purpose vehicle; we call it an effort to break American sanctions against Iran’s murderous revolutionary regime,” he said.

“It’s an ill-advised step that will only strengthen Iran, weaken the EU and create still more distance between the EU and the United States.”

Read the article by Jessica Donati and Sune Engel Rasmussen in The Australian (from the Wall Street Journal).