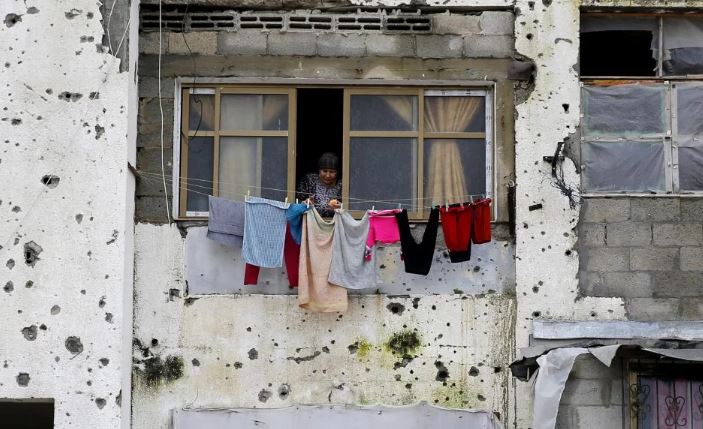 A rot has developed in the Palestinian aid debate and it’s hurting everyday people.

Australian aid to Palestine has fallen greatly under the Coalition government, partly due to successive Liberal prime ministers believing false allegations of mismanagement and illegality by Palestinians.

The result for Palestinians living under occupation in East Jerusalem, the West Bank and Gaza has been devastating and comes on top of the Trump administration cutting all aid to Palestine early this year (changes that particularly impact women).

One particular case highlights the rot that’s developed in the Palestinian aid debate. Israel charged a Gaza-based, World Vision employee, Mohammed El Halabi, in 2016 with illegally diverting millions of dollars of aid money to Hamas coffers. The Australian government, having given the Christian charity $5 million for its work over years in the Hamas-controlled Gaza Strip, immediately suspended its support. The Australian/Israel and Jewish Affairs Council was quick to believe the Israeli allegations. The Israeli judge initially told Halabi that he was almost guaranteed of being found guilty.

By the following year, however, both the Department of Foreign Affairs (DFAT) and World Vision had found no evidence that Halabi was guilty of any crimes. Nonetheless, DFAT did not resume funding to these programs.

Israel’s internal security service, the Shin Bet, had long wanted to nail an international NGO with direct ties to Hamas, aiming to prove that such organisations were helping support the Islamist regime. In late 2018, Israeli forces were caught in Gaza impersonating aid workers, an act that endangered all foreigners working there.

Today, Israel continues to prosecute Halabi despite his denials of wrongdoing. He has refused to take a plea deal, accuses Israel of torturing him in prison, has pled not guilty and no evidence has ever been shown publicly that supports the Israeli claims. Halabi remains incarcerated with no end in sight.

Halabi’s Jerusalem-based lawyer, Maher Hanna, told Crikey that Halabi had been pressured by Israeli officials to admit guilt a long time ago but he had refused, saying that he was innocent. Hanna recently petitioned the Israeli Supreme Court over the slow pace of the trial and urged Halabi to be transferred to house arrest in Haifa. This was refused because the Israeli prosecutor claimed that Halabi was too dangerous. Hanna said that he had never seen another case like this in Israel with such secrecy.

Read the article by Antony Loewenstein in Crikey.