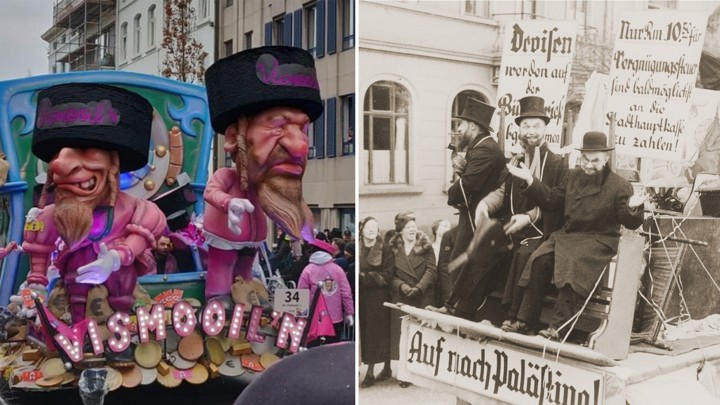 Carnival float a ‘manifestation of ­hatred’ towards Jews

A Belgian carnival float depicting puppets of hook-nosed orthodox Jews with rats sitting on money bags was condemned as anti-Semitic yesterday by UNESCO, which lists the parade as part of the world’s heritage.

The float ran in a weekend parade in the town of Aalst outside the capital, Brussels, causing an uproar from Jewish groups and the European Commission, the EU’s executive arm, but the Dutch-speaking town’s mayor defended the float and opposed what he called censorship.

The carnival attracts tens of thousands of people over the three days leading to the Catholic holiday of Ash Wednesday and prides itself on its no-holds barred sense of humour.

Since 2010, it has been inscribed on the UNESCO Intangible Heritage list, but the Paris-based UN agency said organisers had gone too far.

“UNESCO condemns the racist and anti-Semitic representations” at the carnival on March 3, said Ernesto Ottone Ramirez, UNESCO’s assistant director of culture. “The satirical spirit of the Aalst carnival and freedom of expression cannot serve as a screen for such manifestations of ­hatred,” he said in a statement.

These caricatures “go against the values of respect and dignity embodied by UNESCO”, he said.

Belgian League against Anti-Semitism president Joel Rubinfeld said the incident on Sunday was not the first instance of anti-Semitism at the parade.