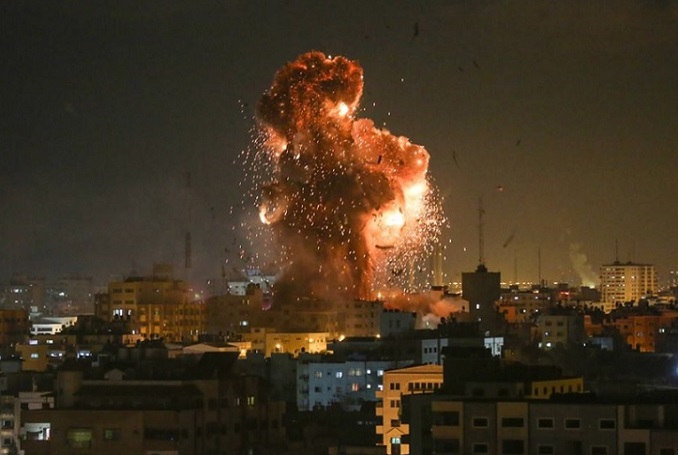 Jerusalem: The Israeli military has returned fire in the Gaza strip, after being hit by rockets aimed at Tel Aviv overnight.

It launched air strikes on “terror sites” in Khan Younis, about 25 kilometres south of Gaza City, early on Friday.

Warplanes could be heard flying overhead and smoke from the explosions could be seen in the distance.

The army said it was targeting “terror sites” in a statement. It gave no further details.

Palestinian media said a Hamas naval base had been targeted. The Islamist group rules Gaza. There were no immediate reports of injuries.

The rockets fired by Palestinian militants late on Thursday marked the first time that Tel Aviv, some 80 kilometres north of Gaza, has been targeted by rocket fire since a 2014 war with Gaza militants.

The rocket barrage triggered air raid sirens across the city, which is Israel’s densely populated commercial and cultural capital.

Brigadier General Ronen Manelis, the Israeli army’s chief spokesman, said officials had no prior warning of the attack and were trying to determine who fired the rockets. Israel holds Gaza’s Hamas rulers responsible for all fire out of the territory.

Read the article by Josef Federman in The Canberra Times.