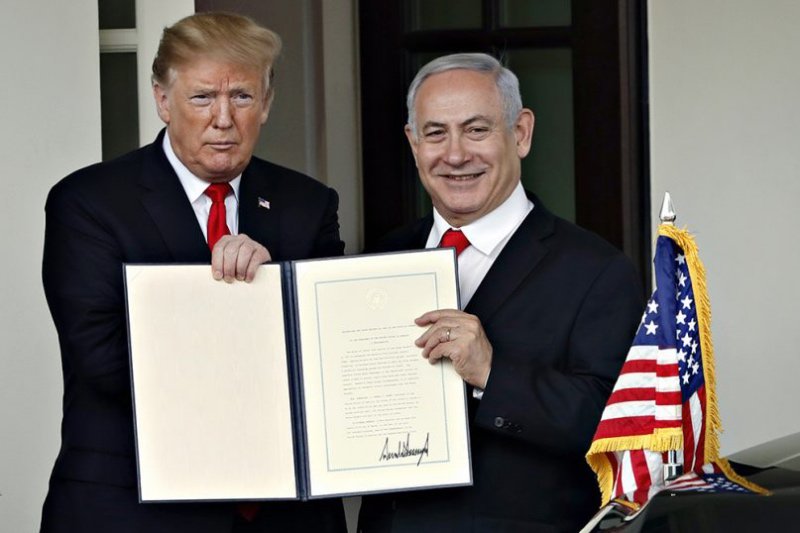 US President Donald Trump is working on a plan for peace in the Middle East.

And evangelical advisers like Rev Jentezen Franklin are getting the chance to weigh in on it.

“It’s a very exciting time and a time truly when we need to be praying for the peace of Jerusalem,” said Franklin in a video he posted on Twitter after a White House meeting between prominent conservative evangelical Christians and Trump administration officials earlier this month.

Franklin urged supporters to do all they can by praying and “being vocal” in support of Israel.

“The Bible says that we are to support Israel, we are to stand with Israel, and God will bless us,” Franklin said.

“I want to be part of that blessing, and I know you do, too.”

That 7th March meeting is just one of a series of meetings, dinners, lunches and coffees the White House has had with evangelical leaders as it prepares to release its Israeli-Palestinian peace plan, according to author Joel Rosenberg, who said he has attended several of those events.

Meantime, the White House has welcomed embattled Israeli Prime Minister Benjamin Netanyahu for a meeting with the President and announced its recognition of the Golan Heights as part of Israel. And several US officials have visited the Middle East, including Secretary of State Mike Pompeo.

A few of Trump’s evangelical supporters tweeted about the 7th March meeting, including pastors Paula White, who has attended many meetings and events at the White House and has been called the President’s spiritual adviser, and John Hagee, the head of Christians United for Israel, which Rosenberg described as the “Christian AIPAC.”

Read the article by Emily McFarlan Miller on Sight Magazine.