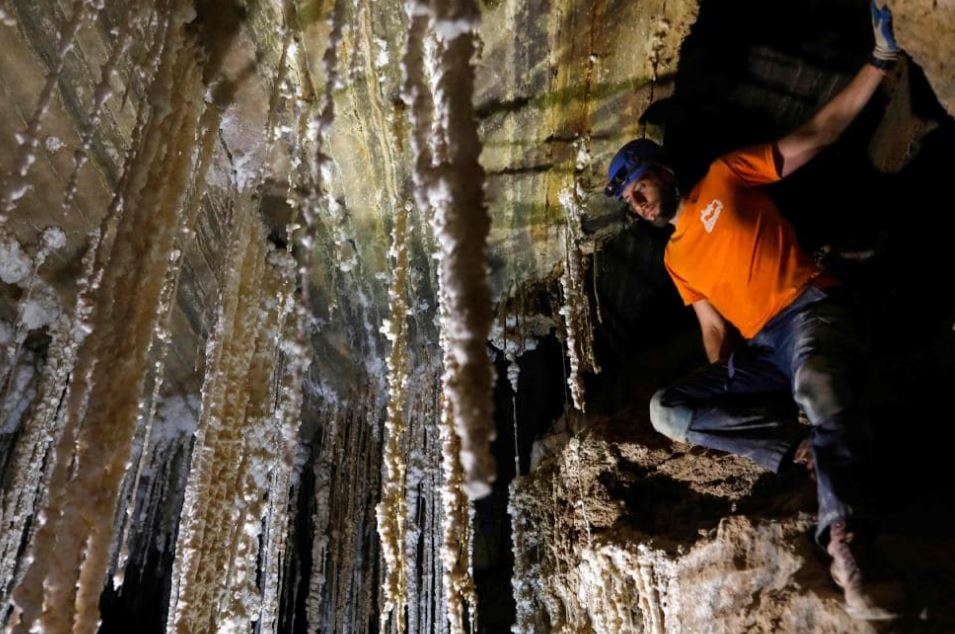 Israeli cave explorers said yesterday a salt cave with striking stalactites near the Dead Sea is the world’s longest, beating the record-holder in Iran.

The cave named Malham, stretching over 10km, runs through Mount Sodom, Israel’s largest mountain, and spills out to the southwest corner of the Dead Sea. Pale salt stalactites hang from the ceilings, and some of the walls sparkle with salt crystals. Drops of salty water are visible at the tips of some of the stalactites.

Malham became known through the work of Amos Frumkin, founder of Hebrew University’s Cave Research Centre, who in the 1980s mapped about 5km. But in 2006, researchers mapped over 6km of the N3 cave in southern Iran’s Qeshm island, granting it the status of the world’s longest salt cave. Two years ago, Israeli spelunker Yoav Negev decided to complete Frumkin’s work. The founder of the Israel Cave Explorers Club joined forces with the university’s Boaz Langford to ­organise a delegation of eight ­Bulgarian spelunkers and 20 ­locals. They spent 10 days mapping the cave last year. A second 10-day expedition this year with 80 local and international spelunkers completed the measuring and mapping of the cave with ­lasers, finding it was over 10km long.