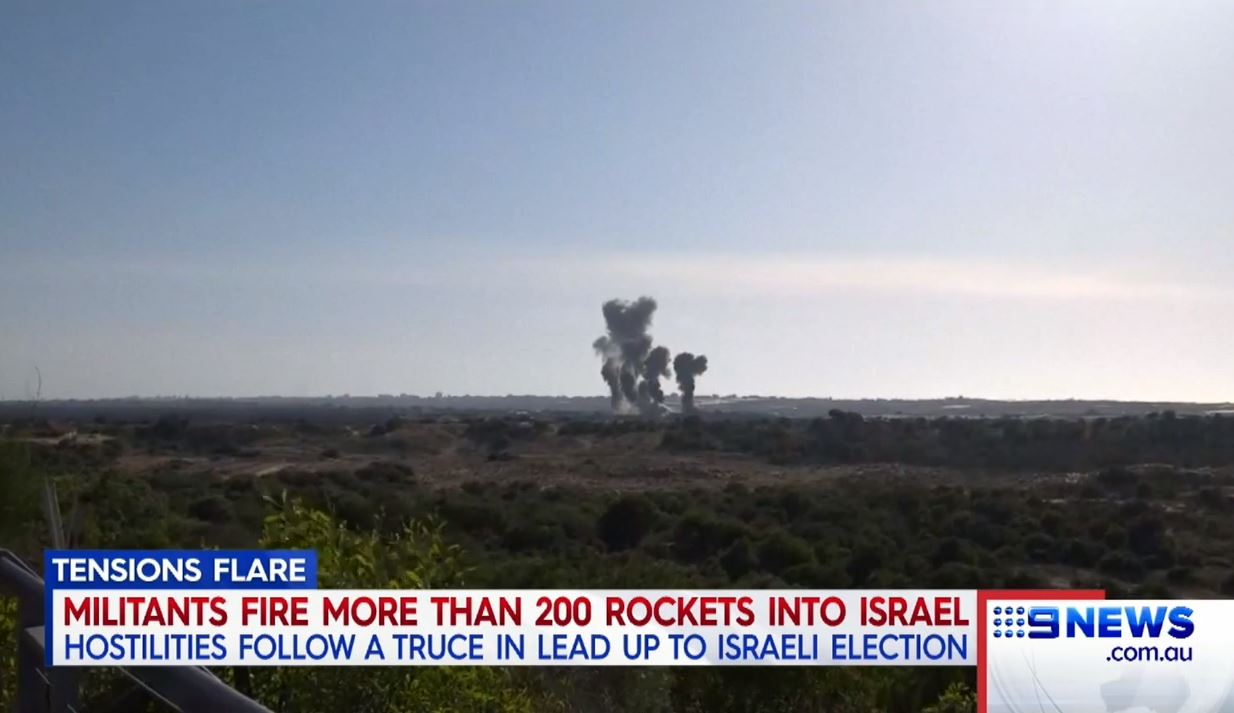 This report from Channel 9 News in Australia has the browser tab saying ‘Pregnant women and babies among the dead as Israel and Palestine trade attacks’ and reading the article there it claimed “As Israel pounded Gaza with airstrikes, the Palestinian death toll rose to 23, including two pregnant women and two babies.”

This is outrageous journalism.

Watch the two video reports ‘Militants fire more than 200 rockets into Israel’ and  ‘Death toll rising after clashes on Gaza strip’ and ‘on Channel 9 News.

[Editor: #IsraelUnderFire We must tackle the appalling ABC media bias that keeps on happening? On the ABC news yesterday 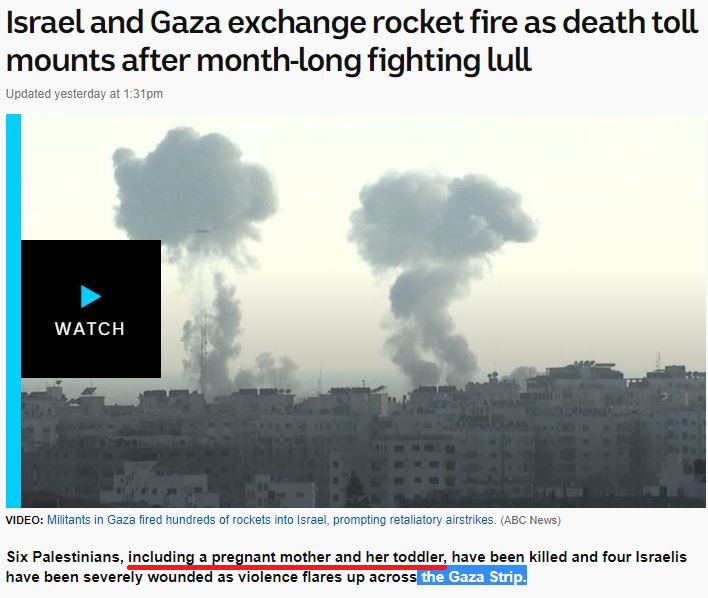 and and on ABC RN Breakfast the mention that the Palestinian casualties have included a pregnant mother and her toddler. They don’t bother to tell us that Israel has advised that these two innocent victims were killed by a misfired rocket from Gaza.
Join the campaign to #TellOurABC to stop misrepresenting the facts.

Also refer to the post ‘Tell the ABC What You Think‘ to check out how the ABC is contribution to this deceitful propaganda war that keeps demeaning Israel.]