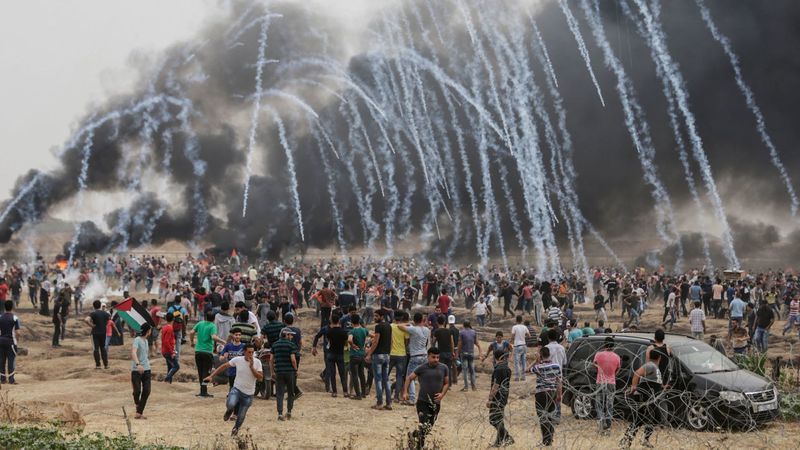 Clashes have broken out between hundreds of Palestinian demonstrators and Israeli soldiers along the border fence between eastern Gaza Strip and Israel.

Palestinian health authorities said that 30 people had been injured in the clashes, which broke out at rallies to mark Nakba Day.

Nakba means “catastrophe” in Arabic and Palestinians use it to refer to the creation of the state of Israel in 1948, which they commemorate every year on May 15 with mass protests which often turn violent.

“We tell the occupation and its leaders leave away because the day of slaughtering you and getting rid of you is near, you have no place in Palestine, Jerusalem, Haifa and Jaffa,” said Fati Hamad, a member of Hamas’ political arm.

Witnesses said that Israeli soldiers showered the demonstrators with foul-smelling water and also fired tear gas canisters and rubber bullets to disperse them and keep them away from the border fence.

An Israeli army spokeswoman said some 7000 rioters and demonstrators were protesting at the border fence and that the army used riot dispersal means.

Read the article by Saud Abu Ramadan, Tamara Zieve and DPA in The Australian.