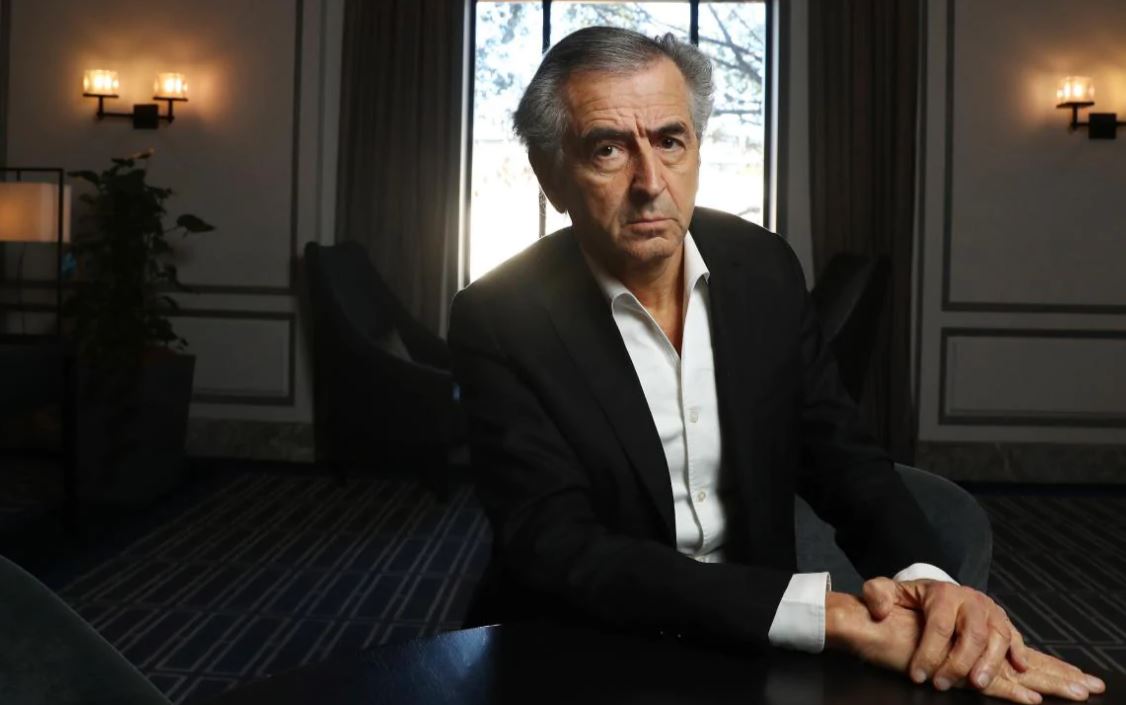 Fighting philosopher is a worthy witness of world

Bernard-Henri Levy is having his picture taken at the InterContinental Hotel in Sydney’s Double Bay when our photographer suggests an alternative to the bland decor of the dining room.

How about those pretty chairs at the end of the room? BHL, as he is universally known, shakes a ­finger. No, no, non.

He’s right, of course. A 70-year-old Parisian philosopher does not need to be shot on a faux Louis XV lounge that shrieks wannabe aristocracy. Not when you have serious messages about populism, anti-Semitism, Nigel Farage and social media.

Yes, it has been a short stay, confined to Sydney’s eastern suburbs “but I had a smell of … (Australia)”. His four-day trip is cut to less than three because of an “emergency” back home. It means cancelling an appearance on the ABC’s Q&A. The word from within the ABC is that it is apoplectic about the no-show. When the program screens one sees why: the focus is on anti-Semitism and religion, two big BHL concerns. There are schoolkids in kippahs in the audience and the star guest is sorely missed.

BHL, whose book The Genius of Judaism was published in 2017, is appalled at growing anti-Semitism around the world, which he notes is different in style from that of the 1930s and 1940.

“In order to be heard and to be efficient, it has to be (different) because when a lot of crimes have been committed with one virus, the virus is already deactivated. It has to come with a new form ­always.”

But it must be countered in the old way — “by holding firm, by being stronger … by denouncing, by dismembering the narrative”.

His passion for Israel goes ­beyond his own Jewish heritage.

“(It’s) because Israel is good for the Jews and good for the world,” he says. “The existence of Israel, the strengths of Israel are good for the world. Not in the economic (sense) but in the organisation of the world, in the way the world is composed, the fact that Israel exists politically, morally, spiritually, is absolutely crucial. A world without Israel will be a world … terribly impoverished.”

Read the article by Helen Trinca in The Australian.