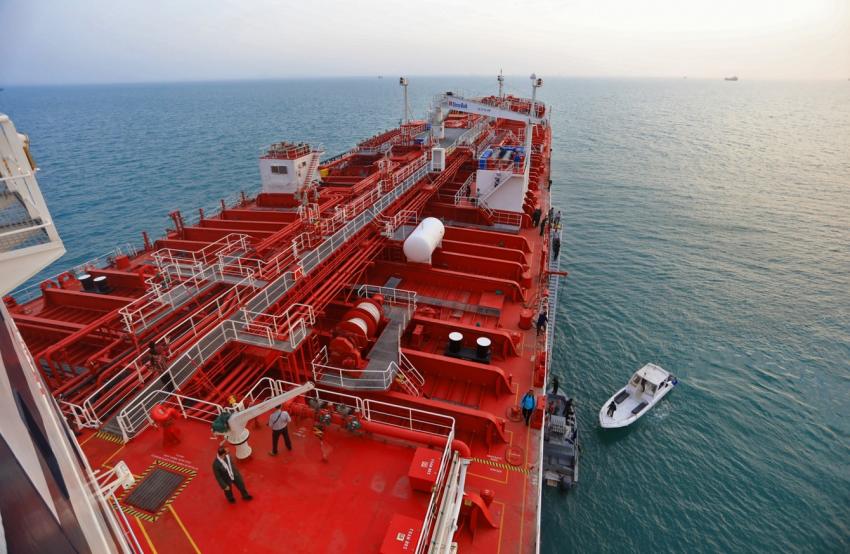 Gunboat diplomacy in the Persian Gulf

The United States and Britain are ensuring that tensions remain high in the Straits of Hormuz as they continue beating the drums of war against Iran.

A second British warship arrived in the Strait of Hormuz on July 29, tasked with escorting British-flagged commercial vessels between the Gulf of Oman and the Persian Gulf.

This latest escalation follows a number of incidents since June 13 when two oil tankers (one Japanese, the other Norwegian) were hit by explosives and caught fire. The US immediately blamed Iran for the attacks, accusing it of trying to disrupt oil supplies.

A few days later a US spy drone was shot down over Iran. The Trump administration claimed it was over international waters.

These incidents sparked a dangerous series of events bringing the US to within minutes of war with Iran on June 20 when President Donald Trump authorised a missile strike and then changed his mind.

British Royal Marines — allegedly at the behest of the US — seized the Iranian tanker Grace 1 off Gibraltar on July 4. According to the British government, it was suspected of transporting Iranian oil to Syria, in defiance of European Union sanctions.

A week later, on July 10, Iranian revolutionary guard boats allegedly tried to intercept a British oil tanker passing through the Strait of Hormuz but were prevented from doing so by a British navy ship. Iran has denied this is what happened.

Then, on July 19, Iran seized the British flagged HMS Stena Impero as it was sailing through the Strait of Hormuz. According to Iran, it had collided with another vessel and violated international maritime rules.

According to the July 29 Guardian, Iranian president Hassan Rouhani indicated that the captured Stena Impero could be released if the UK returns Grace 1 to Iran. However British foreign secretary Dominic Raab is reported to have ruled this out.

Britain’s Stop the War Coalition released the following statement on July 21 in response to the seizure of the Stena Imperio.

Read the article by Susan Price in Green Left Weekly.