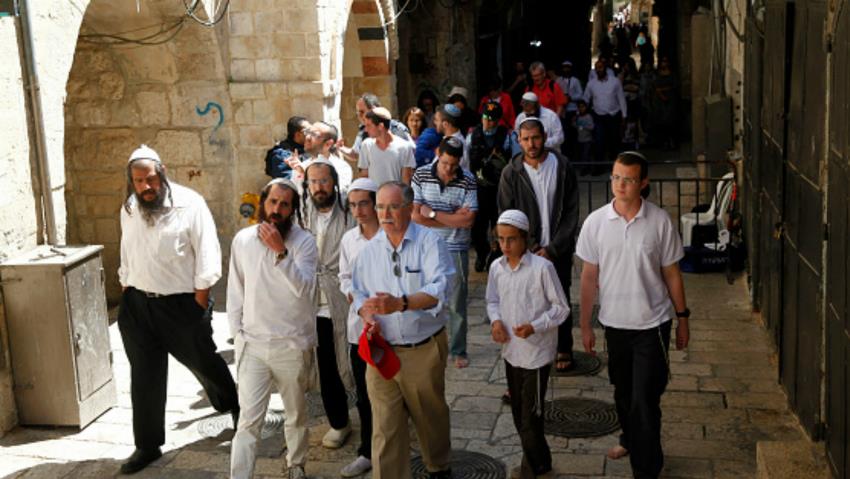 I have completed an investigation of the ‘Correspondent’s View’ segment from Ramallah on SBS Arabic24 radio on 3 June, and the headline and photograph accompanying that content on the Arabic24 website. The content was assessed against Code 2.2 (News and Current Affairs – Accuracy, Impartiality and Balance) of the SBS Codes of Practice, in light of your complaint that “this news story falsely claimed that ‘Israeli settlers’ had ‘stormed’ the Al-Aqsa mosque on June 2.”

The word “storm” was contained in a headline on a webpage of the Arabic24 website published on 3 June which stated “Ramallah: Israeli settlers storm Al-Aqsa mosque.” This headline was an unattributed quote from an AFP Arabic report which was the source of the story by SBS Arabic24 on 3 June. A copy of the AFP Arabic report is attached to this email. The English translation of that quote is:

The director of the Al-Aqsa Mosque, Sheikh Omar al-Kiswani, said that about 1,200 “settlers broke [storm] into the mosque.

Under the code there is no obligation for a language program website which carries no SBS News identification to meet the obligations of Code 2.2. However the webpage carries the embedded podcast of the ‘Correspondent’s View’ segment, which is current affairs content, and as it was first published on the morning after the event I have applied Code 2.2, the accuracy provisions of which state:

The headline that concerned you is accompanied by a photo on the Arabic24 webpage showing Israeli nationalists walking past the Al-Aqsa mosque. The caption to the photo states “Israelis walk by the Dome of the Rock Mosque in the Al-Aqsa Mosque compound in Jerusalem’s old city” and this provided some context to the reporting of the event. Nevertheless, the unsourced and unqualified headline failed to meet the accuracy provisions of Code 2.2.

Considering the circumstances on the day, if the program wanted to use this quote it needed to be attributed. The quote apparently referred to the psychological effect of the Jerusalem Day march on the Muslim worshippers at the Al-Aqsa mosque, and not to the conduct of the Israeli marchers. The SBS World News bulletin of 3 June carried an interview with the Al-Aqsa Mosque Director, Omar al- Kiswani, who said in relation to the march:

They carried out a provocative tour, they sang and laid on the ground, those acts trigger emotional responses from Muslims around the world.

This reaction was similarly reflected on 2 June in the Haaretz newspaper when it reported that:

The need for attribution was increased as the Arabic phrase “aiqtahamuu almasjid” has two interchangeable meanings either “break into” or “storm.” In the absence of such attribution the quote would have been understood literally. The marchers did not literally storm the mosque as the photograph on the website shows.

Comments in relation to the accuracy of the word “settlers”

From reports in the Israeli media the marchers appear to have been comprised of a variety of Israelis, not all of whom would be settlers.

A NAATI accredited translation of the ‘Correspondent’s View’ report from Ramallah on 3 June was obtained. It shows that the term “settlers” was used once by the SBS journalist and four times by the Ramallah correspondent to refer to the marchers.

This reference to “settlers” was how the marchers were described by the Arab news media on the day, including by Al Jazeera. However, for the reasons provided above, such a reference to the marchers was inaccurate. The Israelis marched to commemorate the reunification of Jerusalem in 1967 and were accurately described by SBS World News and SBS News online as “nationalists.”

SBS apologises for this breach of the code.

The Director of Audio and Language Services, Mandi Wicks, has reminded the Arabic Language Program of the need for accuracy in reporting, and for attribution in circumstances where a person of standing is providing their analysis of events.

If you consider this response to be inadequate in relation to the ‘Correspondent’s View’ segment, then you are entitled to take your concerns to the Australian Communications and Media Authority. SBS appreciates you taking the time to make your concerns known to us and is pleased to have had the opportunity to respond to them.