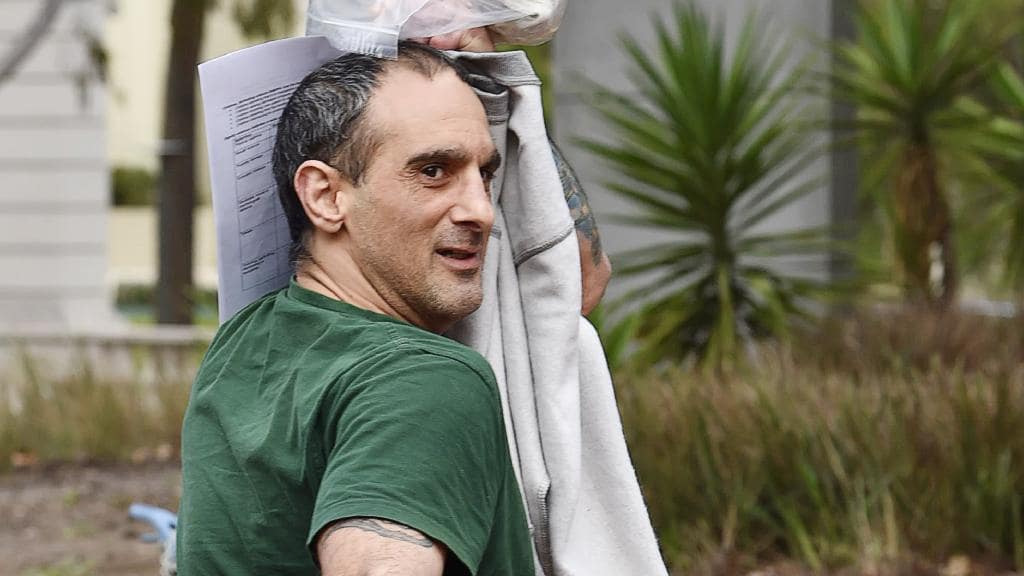 Geelong’s “Nazi neighbour” has walked free from custody after stalking and harassing a Jewish man living next door to him and painting swastikas on bins along his Belmont street.

GEELONG’S “Nazi neighbour” has walked free from custody after admitting he stalked and harassed a Jewish man living next door.

But Jason Caudullo will be unable to return to his public housing unit in Belmont where he displayed swastikas outside and called his neighbour “Jew boy”.

The 46-year-old was jailed on Tuesday for four months, but was released from custody due to the time he had already spent behind bars.

The Geelong Magistrates’ Court heard Caudullo had been a menace to multiple residents who lived near his unit on High St, with six locals taking out intervention orders against him since December last year.

But the most serious dispute centred on his Jewish neighbour, who he subjected to anti-Semitic slurs.

Earlier this year, police seized a tarp from outside Caudullo’s home that had been scrawled with a swastika and displayed towards the neighbour’s home.

He also painted swastikas on bins that were placed on the street.

Read the article by Rusty Woodger in the Geelong Advertiser.