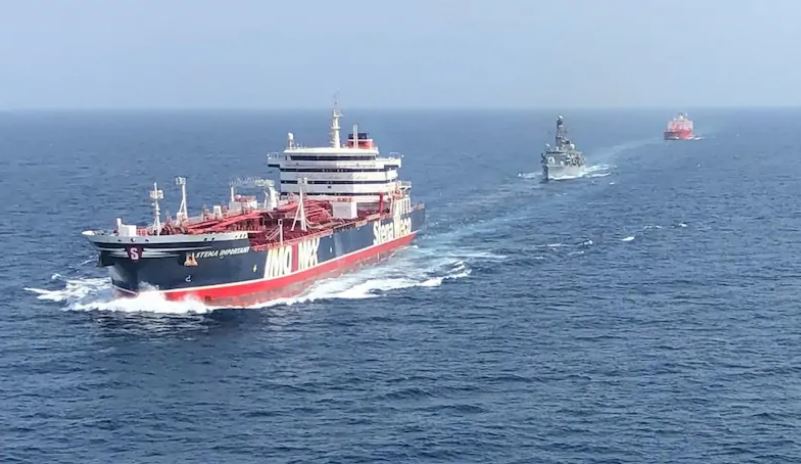 Australia is weighing up a US request to provide military ships and aircraft to help protect commercial vessels in the Strait of Hormuz.

Britain announced on Monday it was joining the US mission after Iran seized a British-flagged tanker two weeks ago in apparent retaliation for the UK detaining an Iranian vessel it said violated EU sanctions imposed on its ally Syria.

It is the only country so far to join the US in its Gulf operation.

More than 60 nations have been asked to assist secure commercial passage through the strait.

A spokeswoman for Defence Minister Linda Reynolds told AAP on Tuesday the minister continued to consult with Australia’s allies and partners.

But any decision would be made on the basis of Australia’s sovereign interests.

Defence experts believe a decision in favour of the deployment of ships, aircraft or both appears the more likely outcome, ahead of Prime Minister Scott Morrison visiting the White House in September.

The Strait of Hormuz is considered the world’s most important waterway for oil shipments, with Australia reliant on it for some of its oil supply.

Read the article by Paul Osborne in The West Australian.