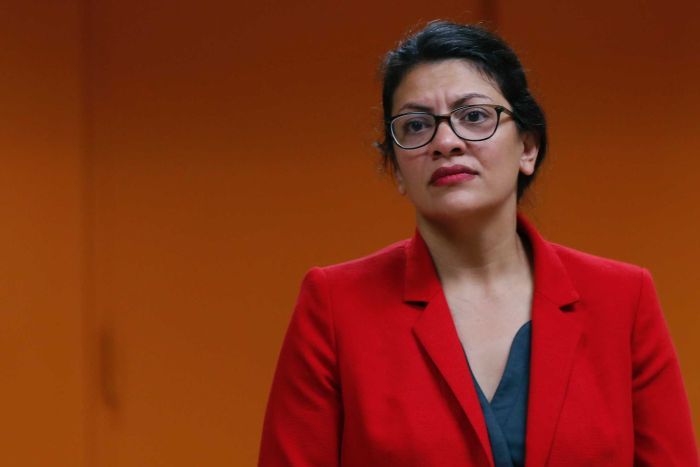 A Muslim-American congresswoman has rejected terms offered by the Israeli government that would allow her to visit Israel as long as she does not speak out about her support for the Palestinian cause while there.

US House of Representatives member Ilhan Omar of Minnesota has also disputed Israeli Prime Minister Benjamin Netanyahu’s claim that she and fellow Muslim Democratic Representative Rashida Tlaib of Michigan did not ask to meet Israeli government or opposition officials before he initially barred them from visiting Jerusalem and the occupied West Bank next week.

Ms Omar tweeted on Friday US time they planned to meet Jewish and Arab members of the Israeli parliament plus other Israeli officials. It was part of a series of tweets by Ms Omar on what they intended to see.

She said they were going to get briefings on the impact of Israeli settlements on Bedouins in east Jerusalem, a UN briefing on the effects of US humanitarian aid cuts, hold a video conference with Gaza youth and tour the West Bank city of Hebron with Israeli military veterans.

Ms Tlaib said she won’t visit her relatives in the West Bank even after Israel issued a permit on humanitarian grounds, citing “oppressive conditions meant to humiliate me”.

Israel barred Ms Tlaib and the other congresswoman from visiting Jerusalem and the West Bank over their support for the international boycott movement, but said Ms Tlaib could visit her relatives in the West Bank on humanitarian grounds.

Read the article in The Australian (AP/The Times).