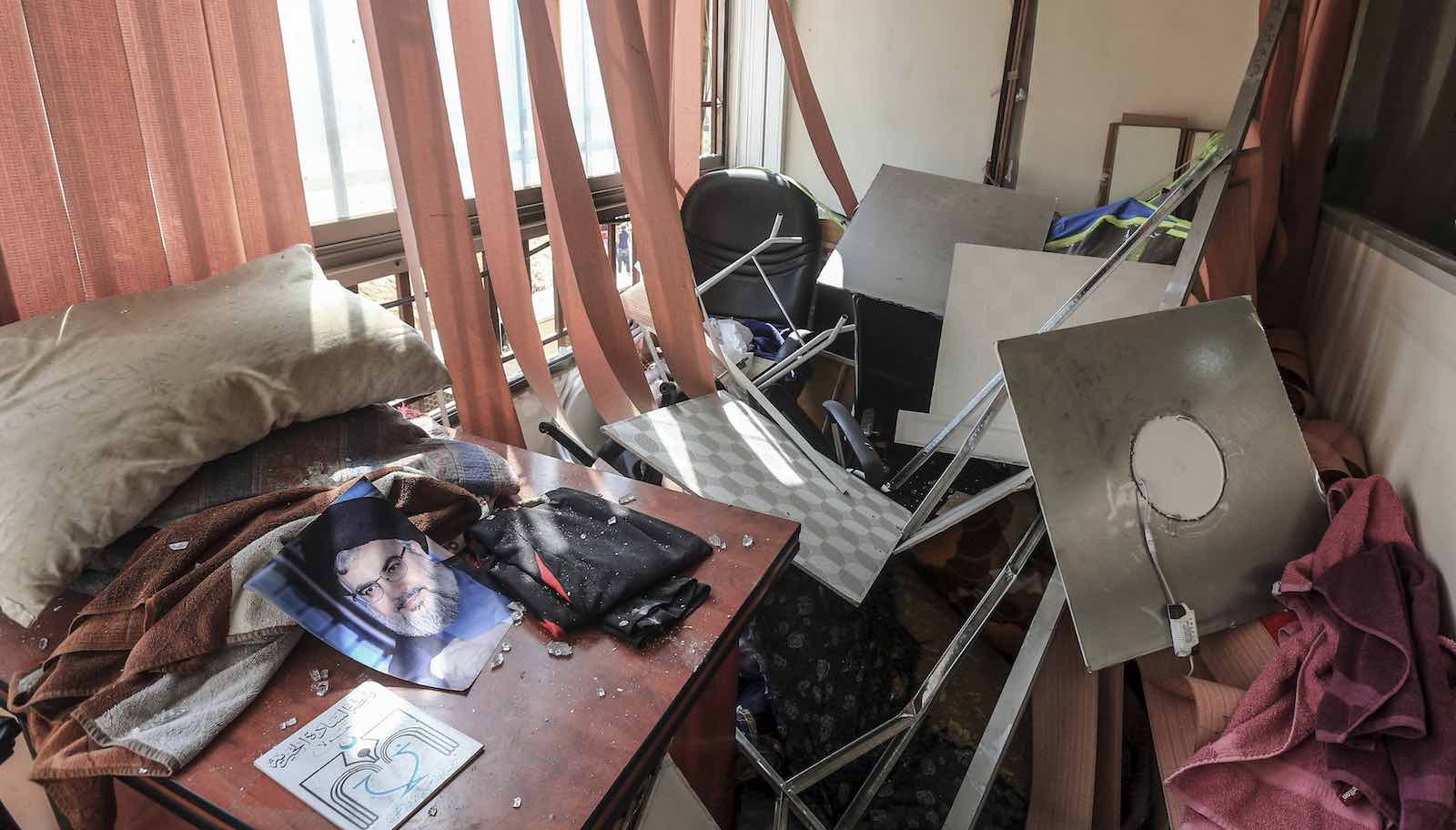 25 August 2019, Lebanon, Beirut: A general view of the damage inside the press office of the pro-Iranian Hezbollah political party and militant group, after an alleged Israeli drone exploded near the building that houses Hezbollah's media centre. The Lebanese army said in a statement that two Israeli reconnaissance drones breached Lebanon's¬†airspace. One drone fell and the second exploded in the air, causing only material damage, according to the Lebanese army, while Hezbollah denied shooting down the aircraft. Photo: Str/dpa (Photo by Str/picture alliance via Getty Images)

Recent events reveal the evolving confrontation between Israel and Iran.

Israel has undertaken an attritional air campaign against Iranian and Iranian-related targets in Syria for several years, with hundreds of strikes being reported. There have always been unstated red lines in place as part of the “rules of the game”. Any Syrian regime activity that creeps over the border is punished. Any Iranian or Hezbollah activity too close to the border is also targeted. The same holds for the transfer of advanced weapons or missiles from Syria to Lebanon.

But the rules of the game appear to be changing. US media is carrying reports that Israel is responsible for at least one attack on an Iraqi PMU (Popular Mobilisation Unit – Iranian-backed Iraqi Shi’a militia) arms depot out of three that have occurred recently, and there are reports that Iranian and Hezbollah military personnel have been killed in at least one of the locations. Israeli Prime Minister Benjamin Netanyahu has not confirmed the reports, but he hasn’t denied them, either.

To date, there has been little by the way of response from Iran. The rules of the game in Syria are broadly accepted because Tehran is more focused on its immediate aim of ensuring the Assad regime is able to reassert control over the entirety of the country. But actions outside the implicitly agreed rules of the game also require a response from Iran, lest it be seen as weak.

On Saturday, the Israelis took the unusual step of announcing that the Israeli air force had destroyed a target south of Damascus that it claimed was part of an Iranian-led attempt to launch a “killer drone” attack on targets in northern Israel. Hours later, two Israeli drones went down over the southern suburbs of Beirut, a Hezbollah stronghold, with Hezbollah claimingthat one of them was an Israeli “killer drone”. And even more recently, there are claims that up to six other pro-Iranian fighters may have been killed in a drone attack against a convoy near the Syria-Iraq border.