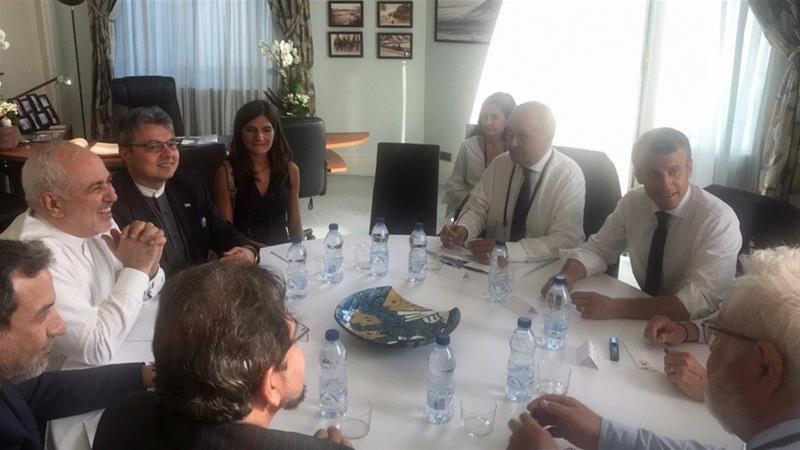 Biarritz | Leaders at the G7 summit were unexpectedly sidetracked into a stand-off over Iran, after the country’s Foreign Minister, Javad Zarif, paid them a surprise visit – a French initiative that risked fanning the flames of discord between US President Donald Trump and European leaders.

French President Emmanuel Macron had been using the summit to try to rally the G7 leaders into a joint action to break the impasse between Washington, Tehran and the European capitals over Iran’s nuclear program, but had met passive resistance from Mr Trump.

As Mr Macron’s effort began to unravel, he took the high-risk gamble of bringing the Iranian to Biarritz as a surprise guest. The move was unannounced, and seemingly was only rumbled by journalists who noticed a Tehran-Biarritz jet movement on flightradar.

Officially Mr Zarif was there at the invitation of French Foreign Minister Jean Yves Le Drian for a bilateral, and would not take part in the summit. But French officials dangled the prospect that he could be inserted into the G7 process to help unlock an agreement.

Read the article by Hans van Leeuwen in the Australian Financial Review.