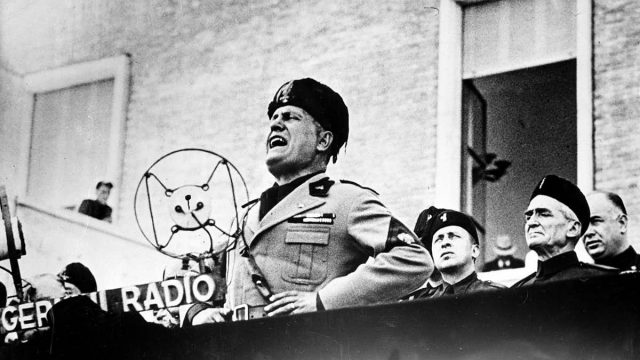 This is how the media normalised the fascists of WW2

With fascism on the rise once again, the media’s view is key. However, changing tomorrow relies on learning from the mistakes of yesterday.

How to report on a fascist?

How to cover the rise of a political leader who’s left a paper trail of anti-constitutionalism, racism and the encouragement of violence? Does the press take the position that its subject acts outside the norms of society? Or does it take the position that someone who wins a fair election is by definition “normal,” because his leadership reflects the will of the people?

These are the questions that confronted the U.S. press after the ascendance of fascist leaders in Italy and Germany in the 1920s and 1930s.

A leader for life

Benito Mussolini secured Italy’s premiership by marching on Rome with 30,000 blackshirts in 1922. By 1925 he had declared himself leader for life. While this hardly reflected American values, Mussolini was a darling of the American press, appearing in at least 150 articles from 1925-1932, most neutral, bemused or positive in tone.

The Saturday Evening Post even serialised Il Duce’s autobiography in 1928. Acknowledging that the new “Fascisti movement” was a bit “rough in its methods,” papers ranging from the New York Tribune to the Cleveland Plain Dealer to the Chicago Tribune credited it with saving Italy from the far left and revitalising its economy. From their perspective, the post-WWI surge of anti-capitalism in Europe was a vastly worse threat than Fascism.

Ironically, while the media acknowledged that Fascism was a new “experiment,” papers like The New York Times commonly credited it with returning turbulent Italy to what it called “normalcy.”

Read the article on the Big Smoke.