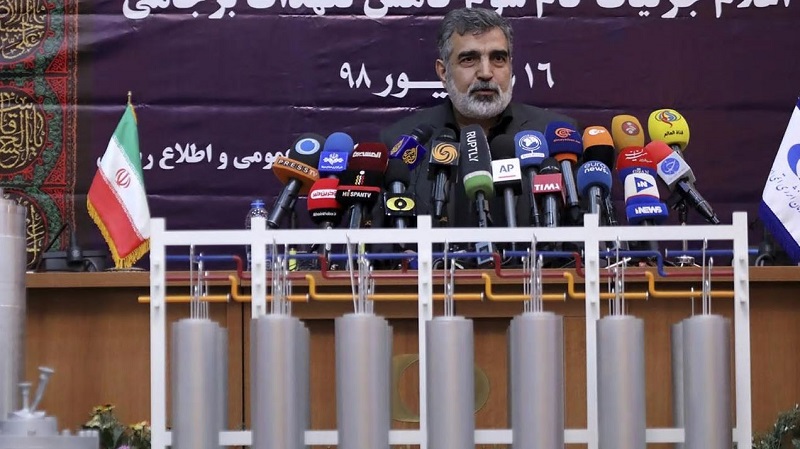 Iran says it has accelerated its ­nuclear research work and threatened to take fresh steps within a month that could allow it to ­expand its stockpile of enriched uranium, a material that can be used to fuel a nuclear weapon.

The move comes after Europe failed to meet a deadline Iran set in July to offset the effect of US sanctions. The Trump administration withdrew from a multi-nation nuclear deal last year and has intensified pressure on Iran’s economy in a campaign to roll back Tehran’s military activities in the region.

Tehran signalled its intent on Thursday to breach key tenets of the nuclear deal.

A spokesman for Iran’s Atomic Energy Organisation, Behrouz Kamalvandi, on Sunday provided detail of how the Islamic Republic was pushing past limits of the deal.

Mr Kamalvandi said it had begun feeding the small number of more advanced centrifuges installed under the deal with uranium as of Friday. Instead of turning the output back into natural uranium — as mandated under the nuclear deal — he said Iran would add the enriched uranium produced to their uranium stockpile.

“As long as the other side do not fulfil their commitments, we should not be expected to do so ­either,” he said. “Our stockpile will go high from now on.”

He warned that Iran’s enriched uranium stockpile would see “a very high jump” 20 days from now. “The clock is ticking,” he said.