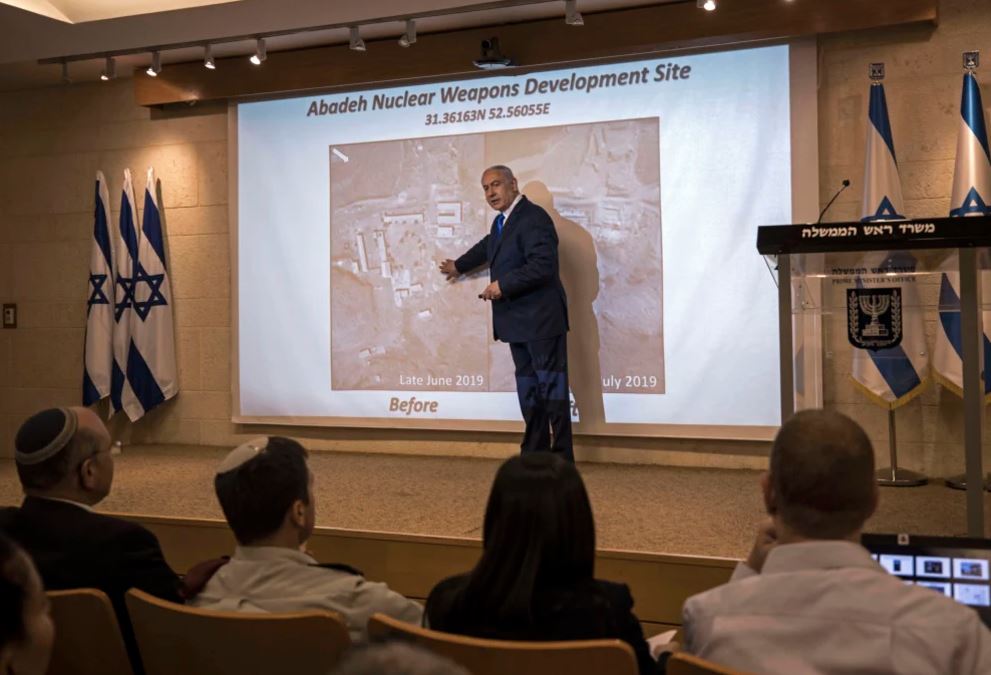 Jerusalem: Israeli Prime Minister has unveiled what he said was a previously undisclosed Iranian nuclear weapons site, further escalating a showdown between the two enemy countries.

Benjamin Netanyahu’s announcement on Monday, local time, came as the UN nuclear watchdog held a meeting in Vienna, where he’s hoping the agency will take tougher action against Iran. It also came in the final stages of Israeli national elections, drawing criticism from opponents that the sudden press conference was a campaign stunt.

Speaking to reporters, Netanyahu said Israel discovered the facility, located in the central Iranian town of Abadeh, by using information gathered in a trove of documents Israeli agents stole from an Iranian warehouse and made public early last year.

He provided no details or evidence of what those experiments were, but he showed off two satellite photos. The first, taken in June, showed the facility intact. The second, taken in July, showed parts of the building had been destroyed, in what he said was an Iranian cover-up after Israel discovered the facility.
The International Atomic Energy Agency (IAEA), the UN nuclear watchdog, has said for years that Iran halted organised efforts at exploring possible nuclear weapons in 2003. US intelligence officials similarly have made the same conclusion.
Read the article by Josef Federman in The Sydney Morning Herald.