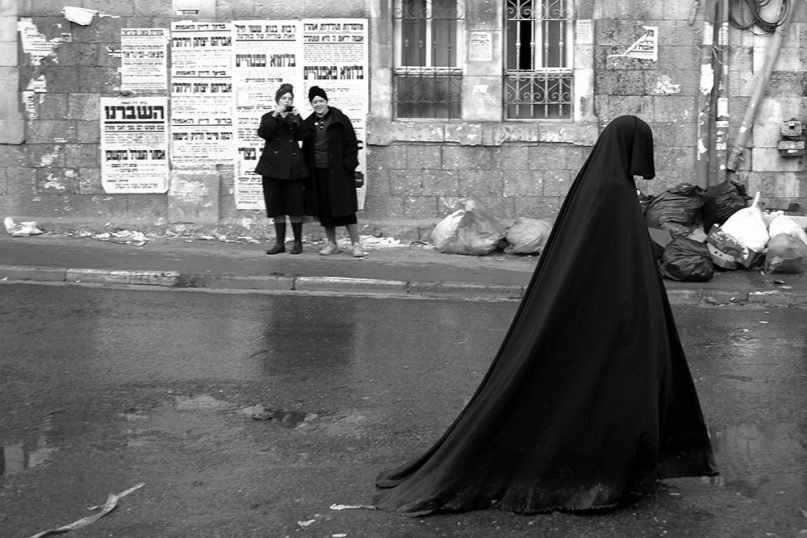 In this holy city, hats, hijabs and clerical habits are a way of life and go all but unnnoticed on its busy streets.

Even so, No’am Bar’am-Ben Yossef, an expert on religious garb, was surprised when, a decade ago, she began to see Jewish women dressed much like devout Muslims and Orthodox Christian nuns.

Walking along the invisible seam between East and West Jerusalem, “there was a point when I couldn’t distinguish between Jewish women, Muslims and Greek or Russian Orthodox nuns when I was seeing them from behind,” Bar’am-Ben Yossef told Religion News Service.

She was eager to learn what motivated this small but growing group of Jewish women to dress in ankle-length black robes and layers of scarves, wraps and, sometimes, face veils.

Her investigation propelled her into the world of the most insular Jewish sects and broadened to include interviews with devout Muslim women and nuns.

Eager to share the women’s words, Bar’am-Ben Yossef, a senior curator in the Israel Museum’s Art and Jewish Life department, asked Ari Teperberg, a theater director and performer, to co-create the exhibition ‘Veiled Women of the Holy Land: New Trends in Modest Dress’.

“Israeli society is becoming more religious,” Bar’am-Ben Yossef noted. “I think it’s a reaction to perceived secular promiscuousness, but also a way to feel more secure in an uncertain world.”